Tips On Landing Your Product On Major Retailer Store Shelves 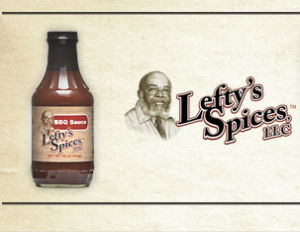 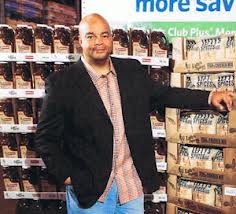 Lefty’s Barbecue started out as rib joint founded by Walter Nash Sr. (a.k.a. Lefty) and his wife, Margaret, in 1989 and was later opened as a full-service restaurant. Nine years later, Walter Nash Jr. went to work for the family business. One day he had an “ahaâ€ moment–why not manufacture the sauces and spice mixes for retail sale.

In 2006, taking $30,000 in savings, he formed Lefty’s Spices L.L.C., a division of Lefty’s Barbecue Unlimited, which operates the family-owned restaurant and catering business in Waldorf, Maryland. Nash is CEO of Lefty’s Spices, which manufactures the barbecue sauces, rubbed meats, dry spices, and fish and chicken seasonings for distribution.

Today, Lefty’s Spices is available in more than 2,500 stores including major grocers and retail chains such as Safeway, Kroger, A&P/Pathmark, Giant Eagle, Walmart and Sam’s Club. The BLACK ENTERPRISE 2012 Family Business of the Year finalist will share his keys to success as one of the featured panelist on the session “Shelf Life: Getting Space on the Retail Floor,â€ at the 2013 Black Enterprise Entrepreneurs Conference + Expo (BEEC2013) in Columbus, Ohio (May 15-18).

Nash says the retail side of the business got its start while he was overseeing the daily operations of the Lefty’s Barbecue restaurant. He noticed that patrons were constantly requesting recipes and buying gallons of their hot barbecue sauces or pounds of their chicken seasoning mix. The astute businessman understood the value of customer demand and quality products.

Nash says, “During the first two years, I really spent time putting everything together, including the packaging and labeling, to bring the seasonings and sauces to market.â€

He then had to find manufacturers who could faithfully reproduce his family’s recipe and who could meet demand–small and large orders alike. Lefty’s started out supplying large containers of flavorings and mixes to other restaurants. The retail business took off in 2008. That same year, Lefty’s Spices won Best in Show at a trade show event held in Baltimore by DPI Specialty Foods, a distributor. That honor got the company attention as well as a free booth at the food show in 2009.

People lined up at the door of the convention center for free samples of food cooked with Lefty’s spices, attracting the attention of Giant Food Stores, which now carries Lefty’s barbecue sauces and seasonings.

“That was how we got into grocery retail,â€ says Nash.

The key to Lefty Spice’s success, Nash says, has to do with solidifying personal relationships and partnerships, including major corporations like Walmart and Sam’s Club.

At the Entrepreneurs Conference, Nash will provide insights to other entrepreneurs on how to:

Nash is among the accomplished entrepreneurs who will share their stories at the 2013 Black Enterprise Entrepreneurs Conference + Expo hosted by Nationwide, May 15-18, at the Columbus Convention Center in Columbus, Ohio.

Search and follow the hashtag #BEEC2013 on Twitter for the latest updates on conference speakers and sessions. Expect innovative sessions, high-powered speakers, and an early peek at the products, trends, and services you’ll need to stay ahead of the curve. Be sure to enter our Elevator Pitch Competition to qualify for the $10,000 grand prize.

To register and find out more, visit www.blackenterprise.com/ec/.

Top 10 Most Blissful Jobs in America