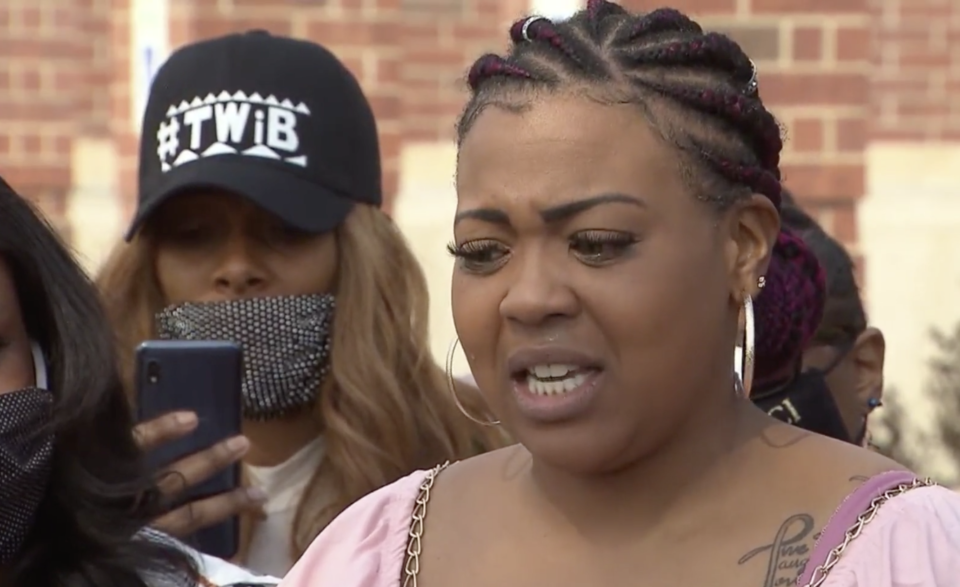 Disturbing video footage of white children physically assaulting and forcing a 13-year-old Black boy to drink urine at a slumber party in Plano, Texas, has surfaced and his mother is outraged.

Students from a predominantly-white middle school invited SeMarion Humphrey to a sleepover last month. According to CBS Dallas, the boy’s mother, Summer Smith, claimed that her son was offered the invitation for the sole purpose of bullying the young teen.

“How horrible must you be. This is not a prank. This is beyond bullying. You are evil. They are evil,” Smith said during a press conference on Friday.

“When you say there’s nothing you can do, what do you mean exactly? Because it seems to me that there’s plenty you can do…” she continued. “It was premeditated and obvious that SeMarion was only invited for their pure entertainment.”

Humphrey had been the target of incessant bullying and abuse at Haggard Middle School. When Smith informed administrators of the abuse, administrators brushed her off, saying, “Boys will be boys.”

The Plano Independent School District (ISD) maintained they do not tolerate bullying, but they seemingly dragged their feet on the slumber party assault until the community protested at the Plano Plano Police Department on March 5.

“It is the District’s hope and expectation that all parties work collaboratively to create a climate of mutual respect even in the midst of disagreement.” the Plano ISD told the Dallas Morning News.

In the video, children can be seen smacking  Humphrey and making him drink urine. The mini-terrorists could be heard laughing throughout the filming of the video. He was also shot with a BB gun and called the n-word, according to Smith.

“Cry ni…r”#FBA student has been TERRORIZED by white students and @planoisd did nothing.

Suspected white supremacist thugs invited him to a sleepover where he was beaten, shot with bb guns, and forced to drink their urine.

Plano ISD and the Plano Police Department are now investigating the incident.