Power of Walking Away: Tamron Hall Talks Life after 'Today' 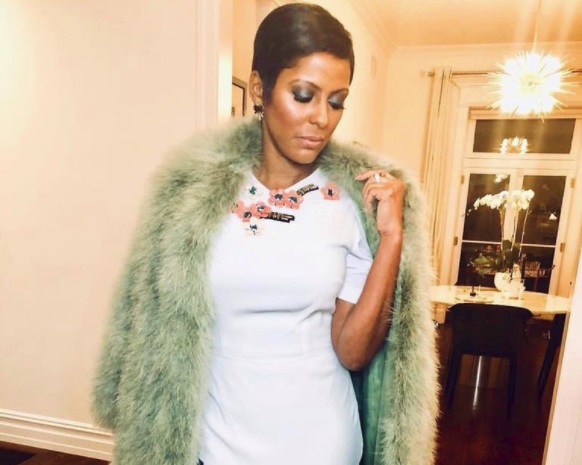 When Tamron Hall walked away from the Today show early last year, fans were shocked, appalled, and disappointed that the first black woman to hold an anchor seat on the show would be leaving. There were reports that she was blindsided by news that her 9 a.m. slot would be given to Fox’s Megyn Kelly, and NABJ got involved, citing the decision as a measure of “whitewashing” NBC News’s offerings. (Forbes even reported that Kelly would get close to a whopping to $20 million—a heftier salary than Hall’s, whose earnings disqualified her from the magazine’s 2016 list of highest-paid show hosts.)

Her social media posts thereafter reflected her journey into me-time: vacations, charity, and red-carpet sightings. But what about her passion and career? What about the newly landed Weinstein Television deal for a new talk show? How would she surpass the win of landing one of the most-coveted seats on TV?

The award-winning journalist made a stop in Norfolk, Virginia, at Old Dominion University and talked about just that, setting the record straight. “I knew I had worked hard. I would do the Today show for three hours, 45 minutes in between, go to MSNBC, and every weekend I’d tape Deadline Crime,” Hall said. “I don’t begrudge anyone for taking a job offered to them. That’s not my journey. For me, [it’s] a universal feeling: We all want to feel appreciated—at work, in our lives, in relationships—and so that’s just what I felt. I didn’t have a chip on my shoulder. There were reports that I abruptly left, and that’s a lie.”

She is currently developing a new daytime talk show with Disney/ABC.

Hall, who hosted MSNBC Live with Tamron Hall, and Deadline: Crime with Tamron Hall, also spoke candidly about her journey in choosing her next best boss move, revving up her advocacy for domestic violence victims, and how being “unapologetically black” is non-negotiable:

On rebounding after the Harvey Weinstein scandal and deciding her next career steps:
[The offer for a new TV talk show] came last summer, and at the time, I’d never met Harvey Weinstein. Of course, I knew who he was…and he came to me and my team with a great idea—something that was already in the works…. People have asked me why don’t you [think] about it? I say, “Listen, I think good common sense leads the day.” My record standing for women speaks for itself. … In reality, the Harvey Weinstein situation, thankfully, did not have an impact on my ability to return to TV and I’m very grateful for that.

I’ve been offered a lot of jobs that I don’t want and that I can turn down because when I come back I really want y’all to be proud of me. I want you to be proud of what I do next, so I’m trying to thoughtfully make that transition to where I feel I need to be.

On what keeps her passion strong in domestic violence awareness and victim advocacy:
Ten to 11 years ago, I was invited to MC an event because the original person who was supposed to MC canceled. The organization was called Day One, and they teach domestic violence awareness in public schools in New York. … One young lady after the next started telling their story about being a domestic violence survivor… I’m standing there hearing all these stories knowing that my sister was murdered. … Finally, I just blurted it out, when I got up to the podium, I said, ‘My sister was murdered.’ I knew that there were signs of domestic violence in the home. I lived in Chicago, [and it was] specifically this moment [that] I knew: I heard a commotion in my house. I ran downstairs and my sister and a significant other was there. She had a huge knot on her head, the table had been knocked over—it was just a horrible scene. I said, “What’s going on here!” And he said, “Oh she fell over the table.” I knew that was a lie. I grabbed her, and I got a broom and started to threaten him, like, Get out of my house. … I went upstairs and nursed my sister, put her to bed… I woke up the next morning and he was back in my house, in bed with my sister. I kicked them both out.

For me, it was a very selfish thing. I alienated my sister. We reconciled… we just pretended it never happened. … I’ve met a lot of families who experienced that same thing where you just say, “We’re just going to pretend it didn’t happen. It’ll get better. And it won’t happen again.” Well, it did. And it cost us her. … It is why I’ve dedicated my life to sharing that very painful story as much as I can, because if I can find the courage to share it, then maybe someone else can be helped from it.

On handling naysayers and being fearless:
I try never to get into Twitter fights—-I just don’t have the temperament for them… but I said the other day in an interview that I am unapologetically black. I’m not anti-anyone but I am certainly proud of the Southern black people who raised me. So on Twitter… this white male writer…someone I don’t know… says ‘Oh why’d you have to say that?’ … I said to him on Twitter, “First of all, why did that bother you?”

When I look back on my life at 48, and the thing I’m trying my best to hold on to—not my youth…it’s that I was fearlessness. I think we all go through that where we take on more responsibilities—life, the savings account—we lose some of that fearlessness that allows you to take those leaps of faith. My spirituality means the world to me, but God is not going to help me unless I help myself. Having that fearless energy going in and shaking hands, meeting people and asking for the job. When you don’t get it, ask again, and again because no is nothing. No is a yes waiting.

-Editor’s Note: This story was updated since it’s original publish date of March 16, 2018 to include the news of Tamron Hall’s developing daytime talk show. 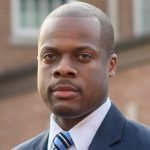 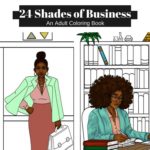 An Adult Coloring Book to Help Entrepreneurs and Employees De-stress