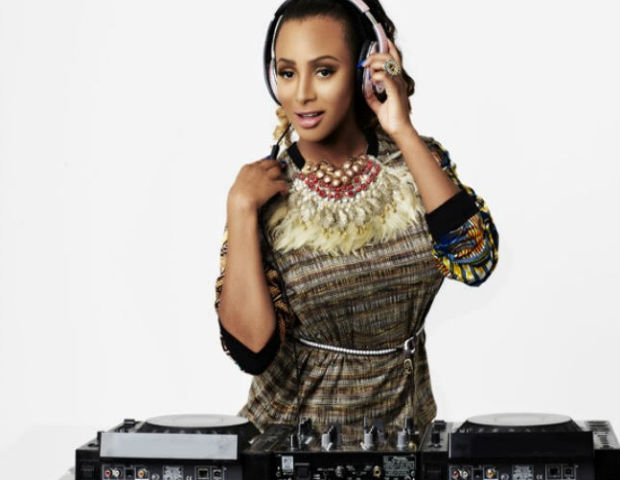 (Video via House of Cuppy/YouTube)

What’s your response when people see the things you’re doing and the progress you’ve made and attribute it to the influence and affluence of your father?
I [know some may say] “It’s so easy for you. You have all this access and these platforms at your disposal.” Yes, it’s fantastic having what people perceive as financial [or influential] support, but it’s not only about that. The thing that has helped me the most is the moral support I have from my parents.

Also, my talent speaks for itself. As much as one can be seen to have platforms and access, those things can open doors, but without the skill, the passion, and the hard work, those doors will not remain open. I’ve gone from strength to strength; the level of ambition I have and love for what I do is very high. A last name can only get you but so far. After a while, it’s really about whether you can do what you do without just leveraging off the name.

With all that you’ve accomplished–from global touring, launching an entertainment brand, and honing your craft–you’re also interning at Roc Nation. What’s been your experience there?

It’s my second year, and it’s an amazing experience. Being at a company at the forefront of the music industry, there’s always so much to learn, and the takeaways are the exciting prospects they have for the African continent. Overall, the idea of a company like Roc Nation giving African artists access to a platform in front of an expanded market is amazing.

I also have been able to go in, work, and explain some of the things going on in Nigeria, and then learn how we can improve our industry. It’s great to step away from being the talent and find out how management is the backbone of brands. It’s just a super-amazing experience.

You’ve talked about taking a piece of Africa with you wherever you go, and there’s this spotlight on the continent in recent years that isn’t just focused on problems and issues but on the growing economy and the continent’s international cultural influence. Talk about your role in showcasing more of that on a global scale?

Nigeria is now the biggest economy in Africa and one of the most populated countries in the world. With that high-level volume of content being produced and consumed, there’s so much for people to discover.

In 2014, I’d put out a single called “I Love My Countryâ€ and it was inspired by a traditional folk song that I remixed. It revived the traditional song for today’s generation. That year, Nigeria had its centennial celebration and the song was sort of the official song for celebrating. The minister of culture at the time thought it was amazing, and I went to Abuja to discuss some ideas. Out of some of those discussions was a trip to Mexico, and I represented my country there. I think the ministry felt having me on board with what became the “Fascinating Nigeriaâ€ campaign represented the modern Nigeria–a young woman who is in a nontraditional profession but has traditional values, an education, and a cultural foundation.

A lot of young people who are originally from Nigeria but living abroad, over time they start to feel a bit out of touch with back home, and when they go back, they’re realizing things are very different. There’s still this hunger to explore the culture of today.

What would be your advice to other young women–both in Africa or part of the African diaspora–in forging a nontraditional career path and following their dreams?

Self-fulfillment is key. You should actively pursue what makes you happy. You know, I once decided my team and I would venture on an eight-country tour in Africa in the summer. It was completely unheard of and a logistic nightmare–a very ambitious project. Some said, “Well, Cuppy, why are you doing this? You could just stay in Lagos and DJ for the summer.â€ I said, “No, that’s not what I want to do. I have plans and dreams to fulfill.â€ Even though it was not the norm, I had to fulfill my dreams.

I meet so many young African women around the continent and they say things like, “I want to do this or that, but I’m not allowed to,â€ or “I’m not given the opportunity,â€ or some say, “I’m a girl, and I can’t do that.â€ These things frustrate me. I see so many women in New York who are power women, dominating their professions, and I’d just love to see more of that back home among young women. Stake your claim on what you want and go for it.