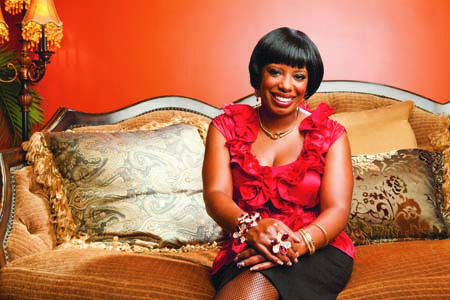 Malkia McLeod is feeling financial pressure. In the fall, the 37-year-old could be out of a job. A public affairs specialist, McLeod has been working just over a year and a half for the U.S. Census Bureau under a term appointment that is up for renewal in September. There are very few vacancies for extended terms or permanent employment in the Public Information Office, says McLeod, “but I have made a career out of PR, and that is where I would like to stay.â€

If McLeod’s position isn’t renewed, finding full-time employment will be a challenge. Given the state of the job market, on average it takes six months to a year to find work. When she does locate a new position, she may find it difficult to replace her annual salary of about $77,000.

The Baltimore resident admits that the biggest impediment to saving is her shopping habit. “I am buying everything from clothes to household items. I recently spent $130 at a Rite Aid. Who does that?â€

Her bad habit isn’t new. McLeod left college weighed down by $11,000 in debt spread across seven credit cards. But over the years, she faithfully paid down the balances using her discretionary income. “Once the spending gets out of control, I start cutting the credit cards up.â€ She recently cut up her last credit card which has a balance of $4,800. In spite of her splurging, she has always maintained a good credit profile; her credit score is 775.

McLeod is also hauling a heavy load of $70,000 in student loans from her three degrees: an associate degree in early childhood education from Baltimore City Community College, a bachelor’s in journalism from Norfolk State University, and a master’s in mass communications from Towson University. In 2009, McLeod received a forbearance reduction to $100 on her monthly loan payment. Her forbearance status lasts until September, at which point her payments revert to $473 per month unless she can get an extension.