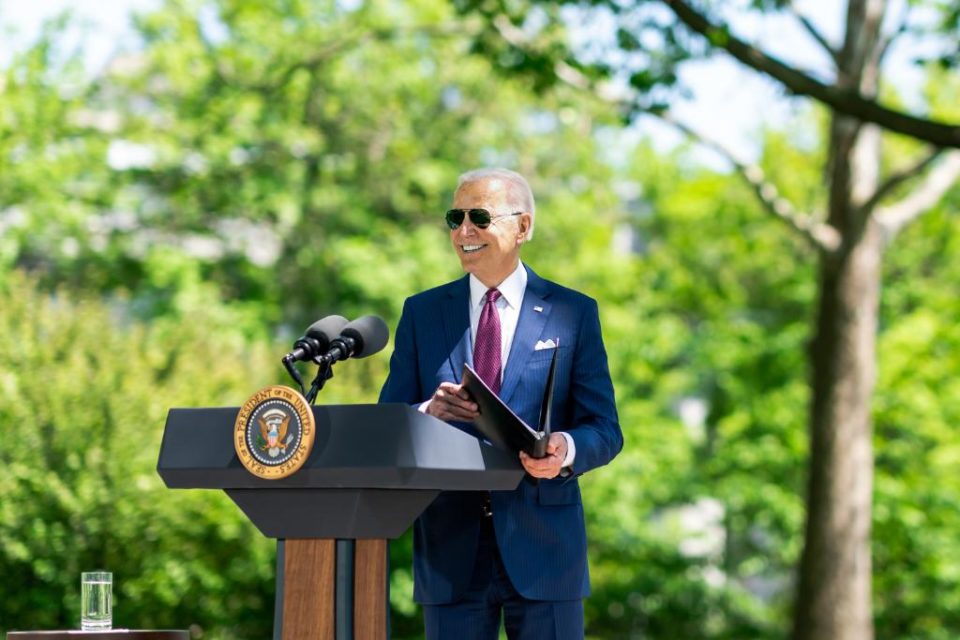 Reuters – The Biden administration on Tuesday said it has approved the nation’s first major offshore wind farm, billing it as the launch of a new domestic energy industry that will help eliminate emissions from the power sector.

The announcement fits neatly with U.S. President Joe Biden‘s broader agenda to combat global climate change by decarbonizing the nation’s economy. The move, however, was quickly condemned by the fishing industry which said its concerns about the project’s impact fish stocks and vessel traffic had been “met with silence” by government officials.

Approval of the Vineyard Wind project, which will be located 14 miles (23 km) off the coast of Massachusetts, is a significant milestone in the more than decade-long effort to permit a commercial-scale offshore wind project in U.S. waters.

Vineyard Wind and other U.S. projects that were ultimately shelved faced concerns about damage to fishing, tourism, birds, historic sites and property values from putting dozens of spinning steel turbines near the scenic coastline.

“We’re really looking forward to now moving into the phase where we can actually start building the first large-scale offshore wind farm in the U.S.”

The Vineyard Wind project is intended to create enough electricity to power 400,000 homes in New England, the administration said in a statement. Initial construction could begin as soon as this year, and the project will begin delivering electricity to the grid in the second half of 2023, its developer said.

The project is meant to create 3,600 jobs, delivering on Biden’s campaign promise that fighting climate change by expanding clean energy sources will boost employment, rather than reduce it.

“I’ve always believed that fighting climate change is not only good for the environment but good for the economy,” Commerce Secretary Gina Raimondo said on a call with reporters.

The approval is a win for Vineyard Wind’s joint project owners Avangrid Inc and Copenhagen Infrastructure Partners. The project began its federal permitting process more than three years ago and endured a string of delays in part due to concerns that the wind turbines would interfere with commercial fishing.

The Bureau of Ocean Energy Management made several key changes since issuing the project’s final environmental review in March. They include prohibiting the installation of turbines in locations closest to the coast and allowing just 84 turbines rather than up to 100.

The authorization also requires the turbines to be sited no less than 1 nautical mile apart to ease navigation and establishes a federal program to study the project’s effect on scientific fishery surveys, which were projected in the environmental review to be majorly impacted by offshore wind.

A fishing industry group, Responsible Offshore Development Alliance, said those measures were insufficient to guarantee the safety of all fishing vessels and continuation of surveys that are critical to the industry.

“We will have a robust monitoring program, where we will learn and understand the impacts here, so that we can apply that to future projects going down the line,” Lefton said.

Last month, the Biden administration unveiled a goal to deploy 30 gigawatts of offshore wind energy by 2030 by opening new areas to development, accelerating permits and boosting public financing for projects. The industry is expected to help achieve the administration’s broader goal of decarbonizing the electricity sector by 2035.

Most of Vineyard Wind’s components will be manufactured in Europe due to the lack of a U.S. supply chain for the domestic industry, the company said.

“The fact that there was uncertainty of whether the industry would happen was sort of holding back those investments,” Vineyard Wind’s Pedersen said. “We definitely think they are going to flow right now.”