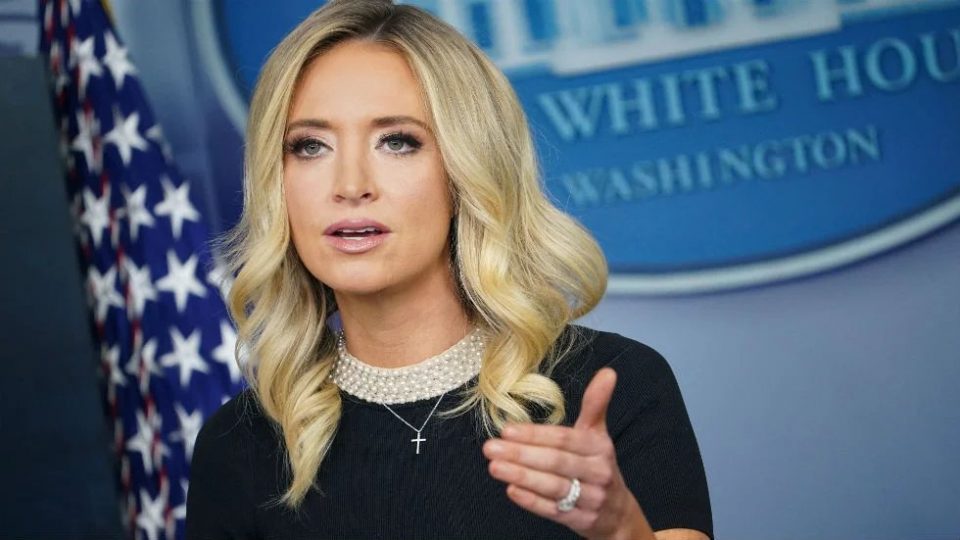 White House Press Secretary Kayleigh McEnany and two of her deputies, Chad Gilmartin and Karoline Leavitt, have become the latest in the Trump administration to test positive for the coronavirus.

“After testing negative consistently, including every day since Thursday, I tested positive for COVID-19 on Monday morning while experiencing no symptoms,”  McEnany said on Twitter. “No reporters, producers, or members of the press are listed as close contacts by the White House Medical Unit.”

McEnany’s admission sounds even worse when considering in February she said during an appearance on Fox News that under Trump’s leadership, “We will not see diseases like the coronavirus come here, we will not see terrorism come here, and isn’t that refreshing when contrasting it with the awful presidency of President [Barack] Obama?”

On the same day Larry Kudlow said coronavirus was “contained” on Feb. 25th, Trump’s campaign spox made an even more bold claim.

“We will not see diseases like the coronavirus come here..and isn't it refreshing when contrasting it with the awful presidency of President Obama." pic.twitter.com/O0DDH3Rvkw

According to USA Today, Trump has fallen further behind Democratic nominee Joe Biden in the polls since the news of his positive test. USA Today‘s survey, conducted this weekend, found 65% – including 9 in 10 registered Democrats and 5 in 10 registered Republicans – say if Trump “had taken coronavirus more seriously, he probably would not have been infected.”

Additionally, slightly more than a third of Americans say Trump has been telling the country the truth about the pandemic, and 55% say he has not.