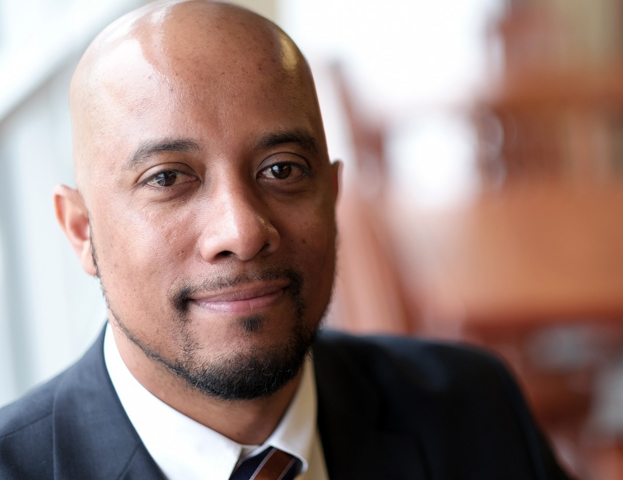 Ben Williams had 30 minutes to convince a group of eighth-grade boys that they should go to a high school without any girls.

The 6-foot, 36-year-old towered over the eight black teenagers seated in the middle school library. He asked what they thought when they saw him.

The students scanned Williams’s blue-fitted suit, his leather loafers and coordinating caramel-colored belt. They hesitated just a few seconds before they started raising their hands.

“Respectable,â€ said another. The new college preparatory school is part of a $20 million citywide Empowering Males of Color initiative, aimed at increasing opportunities for young minority men–a group that is performing well below its white and female peers in the city: 48% of black male students and 57% of Hispanic male students graduate in four years, compared with 66% of their classmates.

That all could have been true, but his pitch required the teenagers to understand that his story started just like some of their childhoods.

“My father never met me. My mom was a prostitute,â€ Williams said. “My mother was a heroin fiend. I basically became the head of my household at the age of 3.â€

D.C. Public Schools Chancellor Kaya Henderson tapped Williams to be the principal of the city’s first all-male public high school, and he wants prospective students to know that whether they come from a foster home or care for their younger siblings, a prosperous career is still a possibility.

The facility, slated to open next school year with 150 ninth-graders, will be housed in a renovated vacant school building in Ward 7’s Deanwood neighborhood. Admittance will be by lottery, and Williams said academics and past school records will not be a factor.

“We are going to create a program that is specialized for young men of color,â€ Williams said. “Our goal is to help you become a man.â€