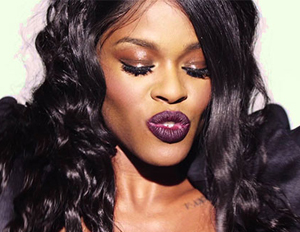 Many celebrities are top role models for youth, with all the money, power and fame to spark aspirational thoughts of living the high life. But when it comes to the entertainment world, the cycle of fame and fortune can lead even the brightest stars down the wrong path. These celebs, who were once idolized for their talents and big bank, have recently made some not-so-boss moves that should be a cautionary tale for young bosses in the making:

The Serial Jailbird: It may seem like common sense that staying out of legal trouble keeps one at the top of their game, but for some popular celebs, it’s not so common. After an arrest in 2006 and 2008 on gun charges, funnyman Katt Williams barely got away with several Atlanta arrests in 2010. In the past few years, the Friday after Next star has struggled with legal and family woes. While it seems Williams was on the up and up after releasing his new DVD, Kattapacalypse, in September, just last week, he was taken into custody on yet another gun violation. Take note: Just stay on the right side of the law, practice due diligence (legal security, anyone?) and try as much as possible to stay away from anything that even looks like it could land you in court.

Family Planning? What’s That?: True, things happen. And some circumstances in life can hit us almost by surprise. But it might be a good idea, while making those early career moves, to be careful when it comes to the love and social life. Rapper/actor Bow Wow has found himself in a bit of money trouble earlier this month, now in the middle of child support issues. The new 106 & Park host has recently been ordered to pay child support for his 1-year-old daughter. He reportedly owes $11,5000 in back support, and told a judge he makes $4,000 a month as an employee at Cash Money Records and has only $1,500 in his checking account. The discrepancy between what he makes and what he’s paying comes in the fact that he failed to disclose he just closed a deal to be named the host of the popular BET show, which was announced after the court hearing was concluded. The judge is expected to have some big questions during the next hearing in December, which will establish a permanent order. So, take heed, wrap it up, be careful who’s in your circle and handle your handle appropriately when it comes to anything that could jeopardize your career or brand.

Scandal is My Middle Name: Twenty-one-year-old music newcomer Azealia Banks has made her mark as one of hip-hop’s up-and-coming heavyhitters. She’s also made some big waves with Twitter rants and beefs, some overshadowing career wins. Over the past year, Banks has had disputes with the likes of Australian rapper, Iggy Azalea, T.I., Lil’ Kim, Nicki Minaj and Jim Jones. And add to that the former producer who accused her of stealing beats and stealing samples from other artists. To top that off, she recently took to Twitter to denounce Dolce and Gabbana’s Spring 2013 collection as “racist.” It’s clear that Banks is not afraid of controversy, but at the end of the day, it’s good to be conscious of how constant conflict can overshadow what’s important, ultimately derailing brand focus. Note to young professionals: It’s good to have spunk and a vocal opinion, but it’s even better in the long run to gain more industry advocates than enemies.