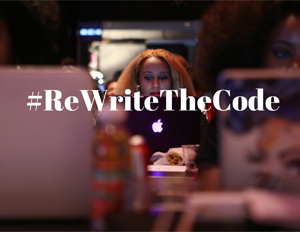 DigitalUndivided (DID) Founder Kathryn Finney is planning to release a short documentary film exploring the intersection between race and gender in tech through the stories of black women founders.

The film is the final phase of a data collection project that Finney and her team has dubbed #ProjectDiane, in honor of Diane Nash, an unsung heroine of the Civil Rights era. Nash’s brilliant, tactical mind led to several of the movement’s major victories – including the march in Selma. The goal of #projectDiane, which DID launched in February 2015 is to find, document, and share details on black women startup founders.

“Ms. Nash’s courageous fight for equality inspired us in a time where diverse women in the overall tech community grapple with ‘similar but not the same’ treatment from the larger startup community,â€ according to the digitalundivided Indiegogo web page.

Digital Undivided ran a very successful Kickstarter campaign, which resulted in $53,079 from 616 backers. The donations are being used to pay for the production (filming, camera, editing, etc.) of a professionally produced 15-minute documentary film highlighting the challenges of intersectionality in tech.

Intersectionality is the study of intersections between forms or systems of oppression, domination or discrimination. The film will exam how the state of occupying multiple identities plays a huge role in the ability of black women to successfully build tech companies. “It’s hard to be what you can’t see,â€ says Finney on the #projectdiane page.

In fact, DID’s #projectdiane research shows that only 0.1% of all Venture Funding since 2009 has gone to a startup founded/co-founded by a black woman.

While the #rewritethecode Kickstarter campaign was an overwhelming success, in a blog posted onÂ TheLi.stÂ Finney describes the difficulty she and other black organizations have had in recruiting financial support for her endeavors over the years, and how that lack of support almost led to her shuttering DID.

“Truthfully, if I had known it was going to be this disenfranchising, this exhausting, this absurd, I would have chosen to continue making a ton of money talking about shopping at Target. At least I got free shampoo,â€ laments Finney, who early on gained prominence with her blog thebudgetfashionista.com.

Because the campaign exceeded its original goal of $25,000, it is possible that DID will expand the film to also include an interview with Nash, and provide free screenings at public schools. The film’s anticipated launch date is Spring 2016. A book is likely in the works, as well, based on its inclusion as a perk for contributing to the Indiegogo Campaign.

Instead of a two-day conference, DID’s FOCUS100 fellowship will take the form of a 16-week incubator and accelerator program. Since 2012, digitalundivided (DID) has actively worked to disrupt pattern-matching in tech by identifying, training and supporting high performing diverse founders of tech-enabled companies. They have spearheaded events and trained more than 1,000 urban entrepreneurs in New York, Detroit, Atlanta, and Portland.