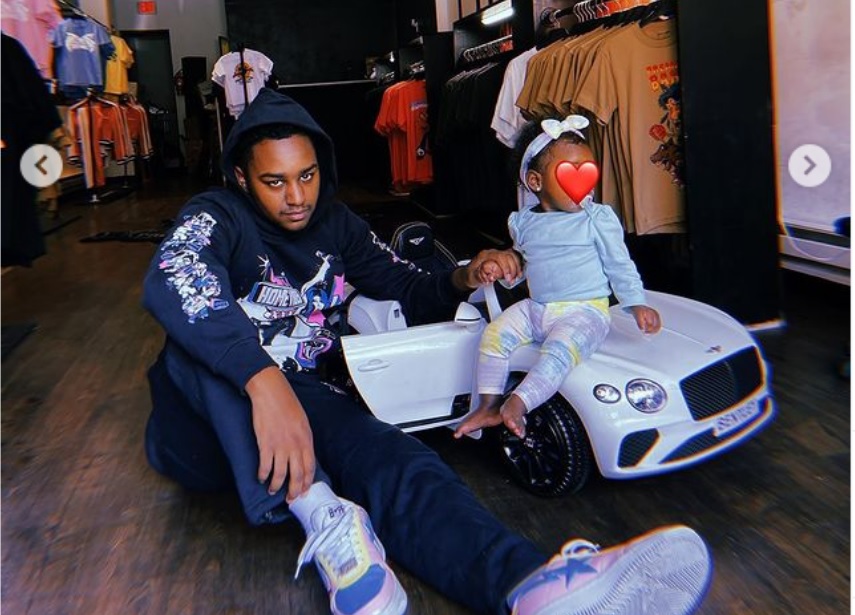 A young and promising Philly-based designer who was celebrating the Fourth of July at his Premiére Bande clothing store with family and friends, was killed in a hail of gunfire that tore through the storefront and claimed the life of  Sircarr Johnson Jr.

Sircarr Johnson Sr., the father of 23-year-old Sircarr Jr., cradled his son in his arms Sunday night after bullets penetrated his body, killing him, and narrowly missing Johnson Sr, The Philadelphia Inquirer reported.

The shooting was one of many harrowing moments erupting in the troubled city where random gunfire has become a street song and this latest hit was one of dozens of shootings within a span of 12 hours, according to the outlet. At least 20 people were shot within that timeframe and five died, according to reports.

Sircarr Jr., was killed at the West Philadelphia store, along with 21-year-old Salahaldin Mahmoud, who is reportedly the nephew of State Sen. Sharif Street, according to CBS 3 in Philly. Street’s wife is related to Mahmoud. Street is the son of former Philadelphia Mayor John F. Street and the nephew of former State Senator Milton Street.

Another victim, a 16-year-old girl, was injured and suffered from gunshot wounds but is stable, according to police.

Sircarr Jr. was a passionate clothing designer, according to his dad, and at the age of 14 he began designing clothing in his grandmother’s basement. The fruits of his labor later blossomed from the basement to his Premiére Bande shop, which he opened in 2018, according to reports.

“There is no reason he should be dead. He didn’t do anything in his life to deserve this,” Sircarr Sr., said.

The Fourth of July cookout took on even more reason to celebrate Sircarr because he made it to the age of 23, a milestone in their family. Sircarr Sr., said his dad died at 23 so they always celebrate a whole new epoch in the lives of the men in the family who make it to that benchmark.

Sircarr Jr., even took to Instagram at the beginning of the year to mark the milestone with a social media message.

On Sunday, Sircarr Jr., took to Instagram to extend an invite to his Fourth of July anniversary cookout. “Everything free starts at 6:00,” he wrote.

The 23-year-old fashion designer was also a father of a young daughter born last August according to the outlet.