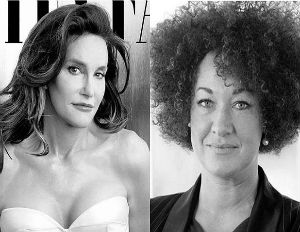 Race and cultural identity differ; the same is true for biological sex and gender identity. People who describe former president of the Spokane NAACP chapter, Rachel Dolezal’s, misrepresentation of herself as black, as indicative of being “transracial,â€ are really talking about cultural appropriation. Cultural appropriation is, often, an expression of the value an individual places on a particular culture, so much so, that his or her own identity is significantly informed by it.

However, in Dolezal’s case, her valuing of African American culture has now become an example of contemporary blackface and racism in America. To be clear, there’s nothing wrong with cultural appropriation, nor is there anything wrong with relating to black culture, having ones identity influenced, or even formed by it. African American culture is American culture, and Dolezal’s dedication to combating racism; despite being Caucasian, demonstrates that whites can and should be just as passionate about issues facing black America.

Still, the argument that Rachel Dolezal and Caitlyn Jenner are the same, that transgender and the term “transracialâ€ share similar qualities, or that, because Dolezal identifies with black culture, she should be considered black, is problematic. For one, such arguments fail to recognize differences between biological sex, race, gender identity, and cultural identity. Biological sex and race are static phenomenon that cannot be changed; this is not true for cultural and gender identity.Â  An individual becomes transgender when their gender identity is at odds with societal ideas about masculinity, femininity, and biological, sex-based behavioral expectations. Being transgender is not about denial of biological sex, its about accepting that one’s gender identity does not subscribe to the norms espoused by the society in which one resides, it’s also about allowing one’s own instincts and natural tendencies to determine how one chooses to live and, socially, identify.Â  Biologically speaking, Caitlyn Jenner keeps the sex she was born with. But, in all other ways–behaviorally and otherwise, the label of “manâ€ is no longer appropriate.

Cultural identity shares similarities with gender identity, but the two differ. When Rachel Dolezal pretended to be someone who was born African American, she went beyond the realm of cultural appropriation; she claimed an oppression that wasn’t hers.Â  Moreover, she engages in contemporary blackface by attempting to look ‘black’ and, though she has presented herself as someone who understands and values African American culture; so much so that she has portrayed herself as a black person, her actions demonstrate a total disregard for it—given the history of blackface in America.