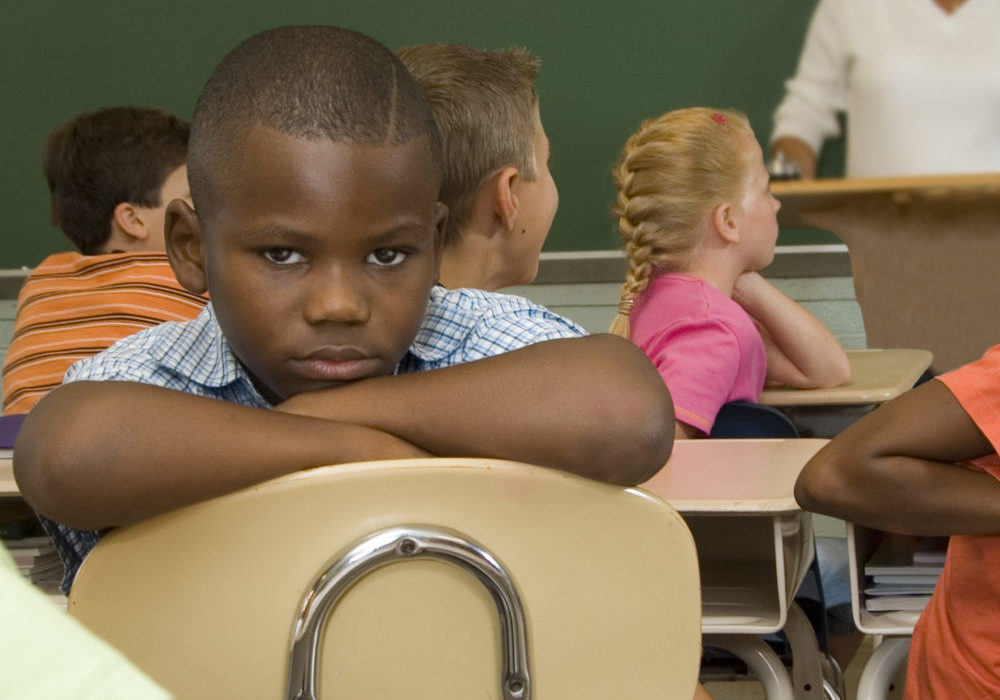 I keep being haunted by the story of Ryan Speedo Green, the celebrated bass-baritone opera singer who sings at opera houses all over the world. But as a youngster, his emotional needs were not met. He once threw a desk at his teacher, telling her he wouldn’t be taught by a white woman.

Green is a success today, and his high school years were much more positive, but early on he might have benefitted from counseling. Instead, he was put in a class for “bad” kids. He could have been the poster child for the #SadNotBad hashtag, had it existed then.

Unfortunately, reports indicate that special education hasn’t improved much since Green’s grade school days. And as in just about every other aspect of American life, race and bias are also implicated in special ed’s problems, which I’ve written about before.

An article in Education Week describes how the Obama administration’s efforts to curb the disproportionality of specific concerns will almost certainly be withdrawn by the Trump administration. The current administration doesn’t want to dictate policy to the states.

The problem is, right now the states aren’t doing such a great job of identifying and serving students of color who have disabilities. According to Ed Week, the Obama administration wanted states to examine the following issues:

The Obama administration wanted states to standardize their monitoring for disproportionality—but, as stated, Trump thinks states should decide on their own how or whether to look for bias in how disabled students of color are treated relative to whites.

Ed Week states that as of the 2015–16 school year—the most recent for which federal statistics are available—only 3% of the nation’s school districts were found to be punishing “minority students” more severely than their white peers and kept in isolated classrooms.

The article states, “Though the rule was finalized in December 2016, it doesn’t go into effect until the 2018–19 school year. But it’s almost certain that the number of districts flagged would be more than 3%. (An early Education Department analysis based on a draft of the rule estimated that around half of U.S. school systems could be identified as having significant disproportionality. When the final rule was published, the department said that analysis was no longer valid.)”

For more on this critical topic, go to Ed Week.