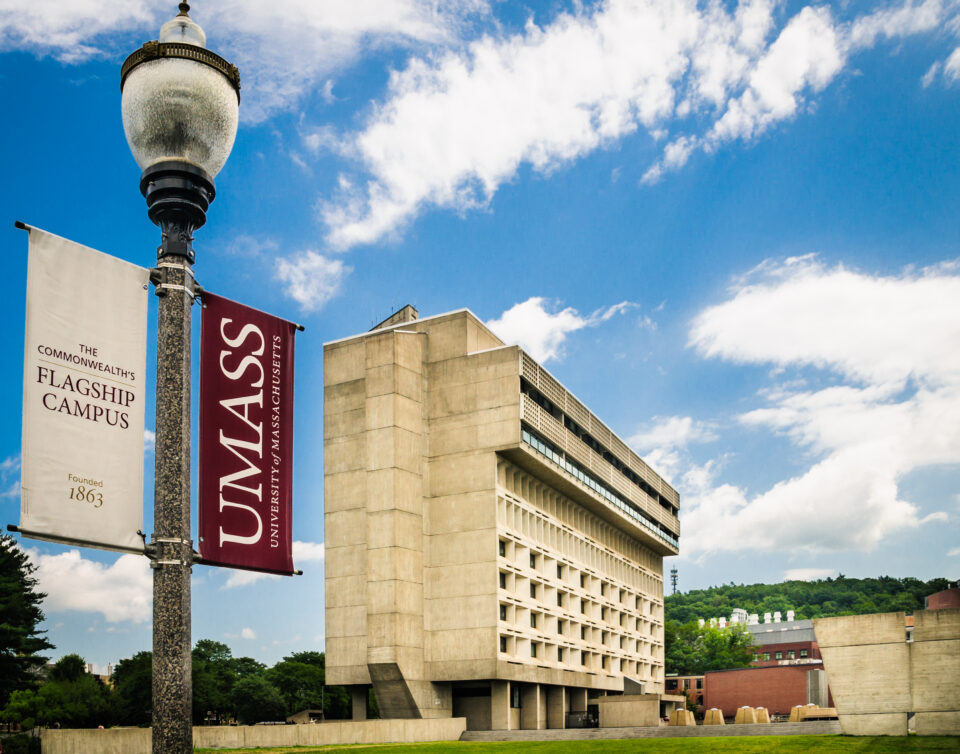 Banners on a lamppost outside the Campus Center Hotel at the University of Massachusetts in Amherst (IStock: Ken Wiedemann)

Anonymous racist emails are being sent to Black campus groups at the University of Massachusetts. Now the school has hired a cybersecurity firm to investigate who is behind it.

The racist emails started back in August. Black student organizations began receiving messages telling them that they did not belong on campus and that they were not intelligent. The messages, which were signed by a group referred to as the “UMass Coalition for a Better Society,” also suggested that Black students should be sterilized for the betterment of society.

According to school, the university’s police and technology staff attempted to track down the source of the emails but were unsuccessful. The university says it is part of a rise of racist incidents on campus this year.

“We also have to consider that the people who might be doing this are not trying to be found, so that also makes it difficult.”

Excerpts from a Sept. 17 email include:

“You are clearly stupid and while not all students know the average IQ of a black person is 75 is abundantly clear that you possess a lacking intelligence along with elementary grasps of subjects that most of us learned in high school.”

“Every cry, every whine, every demand stems from a place of rejection, you must beg the rest of society to accept you and allow you in because otherwise we would never interact with you…You people should seriously consider doing the human race a favor and getting sterilized.”

A letter from UMass Chancellor Kumble R. Subbaswamy was sent out to the campus community on Sept. 27 calling the emails “contemptible and cowardly.”

It read in part:

“We will not be intimidated by the hateful acts of craven individuals who hide in anonymity. We stand with our students who have been victimized, and we will continually strive for a more equitable community grounded in the principles of dignity and respect.”

The chancellor’s message was met with criticism.

“What is the actual solution? Black students are NOT safe on your campus. How are you going to rectify this? Speaking out against what was said in the email is bare minimum. How are you planning to ensure the safety and equal treatment of your Black students?” commented a person on UMass’ Instagram post about the matter.

Some pointed out that there was not mention of disciplinary action. “Funny how you don’t mention anything about repercussions though.”

Another person commented,” That UMASS email is all of the many reason why I pray I get accepted into a HBCU masters program.”

According to the Department of Education, Black students only make up 5 percent of the student body.

A forum, titled “Black Joy, Black Healing and Black Justice,” will be held by UMass’ Center of Racial Justice and Youth Engaged Research on Oct. 5 to “bring together Black students from across the UMass Amherst campus for an evening of community, love and kinship.”