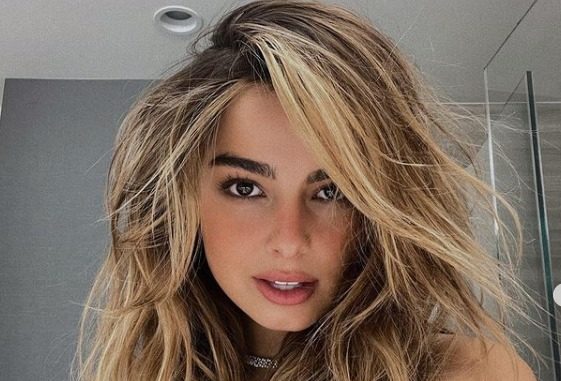 Addison Rae has been taking heat for not attributing credit to dance creators, while appearing on The Tonight Show Starring Jimmy Fallon. Photo-Instagram

TMZ caught up with TikTok star, Addison Rae in L.A. on Monday.  She has been accused of not giving proper credit to Black dance creators who reportedly should have received it, when Rae appeared on a ‘Tonight Show’ with Jimmy Fallon segment and displayed trendy dance moves that did not originate from her.

“ICYMI … Addison performed 8 popular TikTok dances to teach Jimmy how it’s done, but people — notably The View‘s Sunny Hostin — took issue with the fact it appeared the moves were hers, when they were not. Addison tells us this was definitely not her intention, and that proper attribution was given on the YouTube video … just not during the show,” TMZ reported on their website.  “That’s beside the point though, and Addison does give props to the original creators and says she didn’t even do them justice. She adds she’d love to collab with them going forward … and already has plans in the works to do just that.”

In TMZ’s video footage, a male voice could be heard informing Rae that some people were upset that creators of the dances in the Fallon skit were not initially credited on television, when she first appeared on Fallon’s nighttime program.

“Jimmy later came out and credited them, but how do you feel about the way it was all handled?” a man asked, during TMZ’s impromptu interview with Rae.

“I think they were all credited in the original YouTube posting, but it’s kind of hard to credit during the  show, but they all know that I love them so much. I mean I support all of them so much. Hopefully one day we can all meet up and dance together,” Rae responded, stating that she wants to collaborate with a lot of them.

Rae continued walking, while stating that she does not do the creators justice, when performing the dance. She said they are all so amazing, and that she unintentionally did not attribute credit.

Do It Again – dc: @noahschnapp