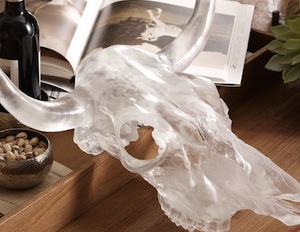 Ralph Lauren was pretty popular this weekend on social media thanks to a leaked discount meant for families of Ralph Lauren employees.

How much of a discount? 65% off everything Ralph Lauren sells, including crystal skulls and leather coasters. Talk about savings.

According to Buzzfeed, Ralph Lauren was unable to remove the coupon code from the system in time to stop a multitude of orders from being processed after it went viral on Twitter and Instagram thanks to Twitter celebrity Dallas Penn.

But could this have been a viral marketing campaign orchestrated by Ralph Lauren itself? A Ralph Lauren representative denied the claim.

Even a few big names participated in the Sunday sale, colloquially known as “#Pologate.” Music producer Just Blaze claimed to drop $5,000 on merchandise on Twitter, and said his order for a chandelier was not cancelled.

Except for some more extravagant purchases, like chandeliers and $1,000 handbags, a Ralph Lauren representative said that most would be honored if they paid for expedited shipping.

Wtf is this Indiana Jones 4?? Then again… 65 off err thing will made you do dumb things. *orders* pic.twitter.com/QqOdCXCUlt – Just Blaze (@JustBlaze) March 17, 2014