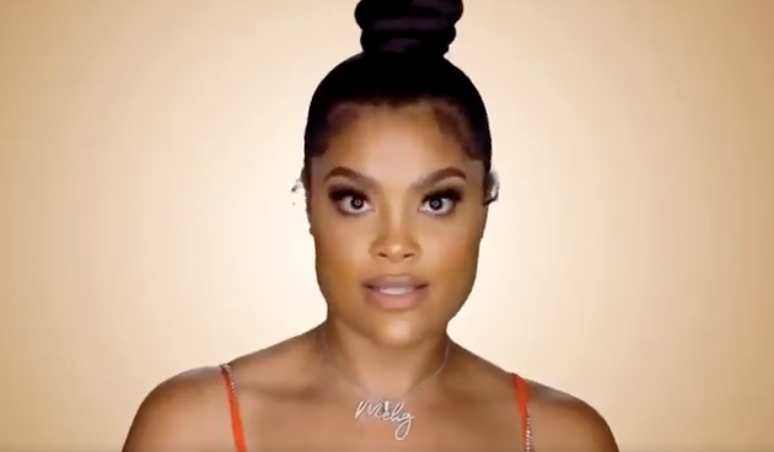 A former reality star had social media abuzz when she disclosed that infidelity in her relationship was not a dealbreaker. Mehgan James, of Bad Girls Club and Basketball Wives, appeared on Notorious Queens and chopped it up while drinking wine with other women.

Someone posed a question about infidelity in relationships, and James took the opportunity to weigh in on the subject.

She elaborated during the show’s confessional, saying, “Cheating respectfully to me is cheating where I don’t find out…is having control over your other women…is using condoms and not having babies. Like cheat respectfully, because believe it or not, your man is cheating.”

“I’m not leaving my man over a one-night stand with a b****, period,” the vicenarian concluded.

The bar is in hell… 🥴 pic.twitter.com/gGlToM8Uvf

James did clarify that she would kick her beau to the curb if he was gay, had a baby or gave her a sexually transmitted disease– all instances of infidelity.

Fans on social media wasted no time sounding off on James’ controversial opinion.

All I can do is laugh at this point lmao smh pic.twitter.com/QNElVNfJPE

Dying alone is a lot better than being with someone that constantly disrespects y’all relationship and makes you feel as if youre not enough. Most of yall men telling women to just accept/expect cheating would NOT accept being cheated on, yall would leave with no hesitation

Ladies. no no. Dont do that bro. Come on if he cheats he didnt like u enough to not. If he cheats he doesnt view intamacy to be sacred. if any girl can knock him into submission hes not respectful or strong enough to date you. No such thing as respectful cheating. its an oxymoron

So embarrass me in private!? 🤣🤣🤣 the way y’all think makes me nauseous

James doubled down on the foolish idea, saying that if a woman doesn’t leave the first time, she accepts it.

Other guests openly disagreed with James over her outlandish theory.

Another sister on the panel pointed out the relevance of having a list of standards that women won’t require men to adhere to.

Anyway, it appeared that James was in a world by herself.