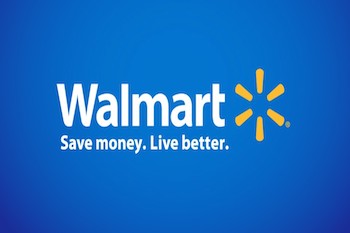 As we’re halfway through the year, Walmart invited Black Enterprise to preview their upcoming holiday roll-out in New York City.

‘Tis the season to be merry, jolly, and about what’s next in entertainment for your family and loved ones. Walmart allowed yours truly special access into their 2014 holiday schedule, as they aim to dominate the market in all things must-have, digital, and Frozen.

I arrived to their location in the middle mark between Union Square and Chelsea, and was surprised to see just how expansive their wares were. Upon first glance, I noticed items that would make any 3 to 5-year-old light up with join, and even get a rise out of a few would-be adults. After being introduced to my guide, they quickly figured out that I’m still a big kid at heart, so I was taken to the toys for ages 18 months to 12-years-old. With products such as VTech’s Go Go Amusement, Hasbro’s Nerf Rebelle Agent Bow and, of course, Jakks’ Frozen Elsa Singing Doll on full display, I know that the little ones in my family would go absolutely bananas over these items.

“How do you know that you have a hit?” asked my guide. I responded, saying, “How?” “When your entire cache is full of the same thing.” he answered. With that said, I was invited to suspend my belief in reality for a brief moment, and enter into the universe of Disney’s Frozen. The popular animated film has spawned a wealth of materials for this upcoming holiday season at Walmart. From toys (the aforementioned singing doll) to clothes to Christmas tree decorations, Walmart is doubling down on the billion dollar box office film to some very humorous results.

“My daughter is practically begging me every night to let her throw a slumber party in our warehouse,” my guide confessed. As long as I have known about Walmart, they have always attempted to provide luxurious-esque items at an inexpensive price point. This coming Christmas is looking like it’ll be a consumer’s best dream ever as things normally found to be super-pricey are reasonably affordable. We passed the beauty section and headed straight towards the video games, tech, and television area.

“Televisions are getting bigger, with great clarity, and connectivity than ever before,” one of the representatives told me. The Vizio 50″ Ultra HD television caught my attention like it was love at first sight. And although the representative refused to answer how much the pricing for the device was, I was enamored with the 4K beauty that would make watching something like The Avengers into an event of massive proportions. The major selling point that indoctrinated me into the 4K fan club was not only that consumers like myself enjoy a clear picture, but the apps featured would allow me to seamlessly stream other programs through my TV, which isn’t bad when you have a house full of binge-watchers.

Coupled with the plethora of tablets, a device that creates a dead zone in one’s car to stop them from texting while driving, and enough Beats By Dre to warrant an Dr. Dre phone call – the 21st Century belongs to items that combines connectivity with imagination. Surely, while I was eying the Nintendo Wii U and Samsung Galaxy S5, I felt my bank account yelling at me to step back from the brink of mental and physical poverty.

Nonetheless, I had a great time and with six more months (really, it’s five, but who’s counting?!) left to go until the Christmas shopping rush, Walmart has proven that their in-store, e-commerce, and m-commerce services are all top notch and really to handle the demands for supply. All great news to parents who have kids, as there is no doubt in my mind that these young souls will sing “Let It Go” until body parts begin to fall off and go insane.