Rehired Officer Goes Back To His Old Ways; Tried To Brutalize Another Black Man 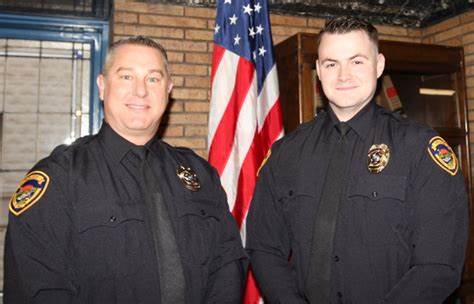 A recently rehired police officer in Iowa is back to brutalizing Black people. Now there is a petition to get him removed again.

On April 29, Sioux City police officer Thad Boyer was a subject of controversy again. Boyer, who got fired for brutally beating a man more than 16 years ago, was seen pushing a Black man against a table and threatening to tase him, The Atlanta Black Star reported.

This happened in @locatesiouxcity early morning Thursday.@SiouxCityPolice were called about a drunk woman and instead did this to another patron and arrested him.

More videos and link to the full accounting from an eyewitness in the second tweet pic.twitter.com/N0Q6IE81Nl

The Black customer, John Wright, was about to leave a Perkins restaurant after officers initially arrived to break up a fight involving a woman who was “belligerent.” The woman who called the police is heard on body camera footage saying that the woman started the fight.

Wright can also be heard in the background stating that he will leave the restaurant if he is the problem; someone answers that Wright is not the issue.

Boyer politely escorted the woman out of the restaurant, however, he confronted Wright, 29, with hostility, even though other patrons said the man had done nothing wrong.

“Be nice to the staff,” Boyer told Wright.

Wright replied, “I am nice.”

“Hey, listen, buddy, do you wanna leave right now?” Boyer asked. Not too long after, Boyer got aggressive: “All right, you’re gonna go to jail if you don’t stand up and leave,” he said.

A struggle ensued as Boyer pushed Wright against a table and pointed a Taser at him.

Wright got charged with trespassing, interference with official acts, and failure to comply with orders of a peace officer. But the incident is being investigated. “The officer’s actions are still under review by the department,” Sgt. Jeremy McClure, the department’s spokesman, said.

There is a petition that has more than 5,000 signatures calling for Boyer’s resignation again.

In 2004, Boyer got removed from the force after he brutally beat Nic Korleski who ran away from him after being pulled over for driving without a license.

“This same officer that did this, he’s now been rehired back and we feel that it’s unjust,” Jackson Greer, a friend of Korleski said. “There was an incident with my friend. My friend ended up in a coma. He had stitches in his eyes, stitches in his lips, his mouth. His face was just completely huge — I mean unrecognizable.