Repealing Obamacare Will Hurt Black Women And Their Families 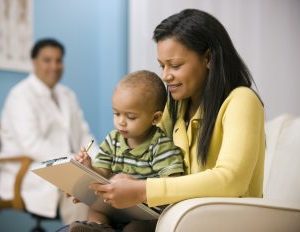 The 115th Congress convened this year with a promise to repeal or eliminate key policies. Policies on the chopping block include the Affordable Care Act (Obamacare) and other important public health and safety issues. Senate Republicans took the first steps to repeal Obamacare and defund Planned Parenthood. Women of color stand to lose access to the quality services that we need to create the families of our choosing.

“The GOP-led Senate is acting recklessly and with disregard for the more than 20 million people that would potentially lose their insurance if the ACA is repealed–increasing the uninsured rate for black women by anywhere from 11% to 20%. We know there is not a replacement plan, and there will not be one anytime soon. And their personalÂ vendetta against Planned Parenthood plain andÂ simple is playingÂ partisan politics with our healthcare,â€ said the National Black Women’s Reproductive Justice Agenda Founder and Executive Director Marcela Howell in a released statement.

Women of color, low-income individuals, young people, LGBTQ-individuals, persons with disabilities are just a few of the vast majority of individuals that rely on the ACA for insurance coverage. “Our legislators have a responsibility to act in the best interest of the people. Â Repealing the ACA without a replacement is not in anyone’s best interest. Defunding Planned Parenthood is in no one’s best interest,â€ she added. According to the press statement, 55 million women would lose access to no co-pay preventive services, including birth control, STI screenings, and life-saving preventive services such as breast cancer screenings and pap tests.

Republican Sen. Rand Paul is urging Congress to repeal and replace Obamacare. He recently wrote in an op-ed published by RareÂ that it would be “wise” to vote on a replacement plan for the Affordable Care Act as they repeal the law. “If Congress fails to vote on a replacement at the same time as repeal, the repealers risk assuming the blame for the continued unraveling of Obamacare. For mark my words, Obamacare will continue to unravel and wreak havoc for years to come,â€ he wrote.Â Many lawmakers have said they support keeping some aspects of the ACA, including a provision that allowed children to stay on their parents’ plans until age 26. Paul, however, is against a “partial repealâ€ stating that it would “only accelerate the current chaos.â€

Repealing the Affordable Care Act is a move that just 1Â in 4 Americans supports, according to a survey from the Henry J. Kaiser Family Foundation, which has been tracking public attitudes toward the Affordable Care Act since 2010. DNC Deputy Communications Director Eric Walker points out, “most Americans who have received care through the Affordable Care ActÂ live in Republican-led districts, meaning that Ryan and his fellow Republicans are stabbing their own voters in the back with this repeal vote. Countless Republicans are getting cold feet over their own party’s “repeal-and-delayâ€ plan because they know that despite the political rhetoric, their constituents depend on the lifesaving care that the ACA provides. Republicans will regret attempting to take healthcare away from millions of Americans.â€

This post was written by BE Editor Carolyn Brown.