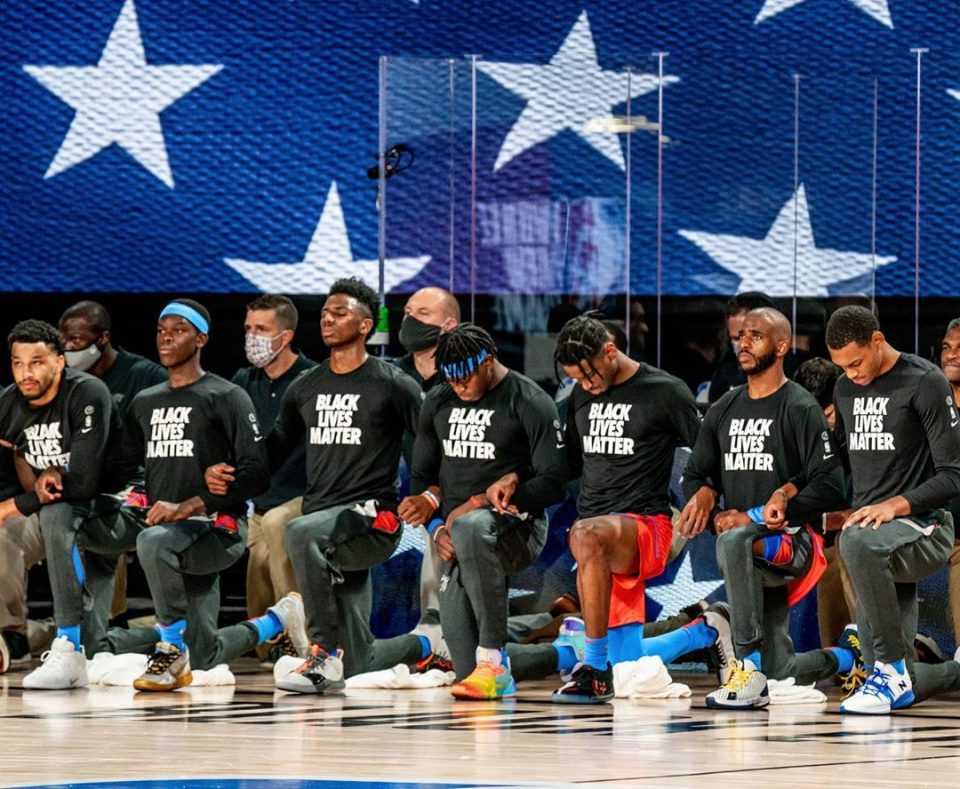 An Oklahoma state representative has issued a warning to Oklahoma City Thunder basketball players who engage in the #TakeAKnee peaceful protest on the court.

Last week, Rep. Sean Roberts (R-Hominy) issued the following statement, warning that if players kneel during the national anthem, the state may “need to reexamine the significant tax benefits the State of Oklahoma granted the Oklahoma City Thunder organization,” according to KFOR.

“By kneeling during the playing of the national anthem, the NBA and its players are showing disrespect to the American flag and all it stands for. This anti-patriotic act makes clear the NBA’s support of the Black Lives Matter group and its goal of defunding our nation’s police, its ties to Marxism and its efforts to destroy nuclear families.

“If the Oklahoma City Thunder leadership and players follow the current trend of the NBA by kneeling during the national anthem prior to Saturday’s game, perhaps we need to reexamine the significant tax benefits the State of Oklahoma granted the Oklahoma City Thunder organization when they came to Oklahoma. Through the Quality Jobs Act, the Thunder is still under contract to receive these tax breaks from our state until 2024.

“Perhaps these funds would be better served in support of our police departments rather than giving tax breaks to an organization that supports defunding police and the dissolution of the American nuclear family.”

After playing their debut game in Florida last week, Thunder point guard and NBPA President Chris Paul described taking a knee on the court as “special,” according to Thunderwire. “To be able to do that together, as a team, and to do it right there in front of Black Lives Matter,” Paul said.

“As players, we had a lot of conversations about coming down here, the bigger reasons of what we’re playing for. So to do it on a united front was nice.”