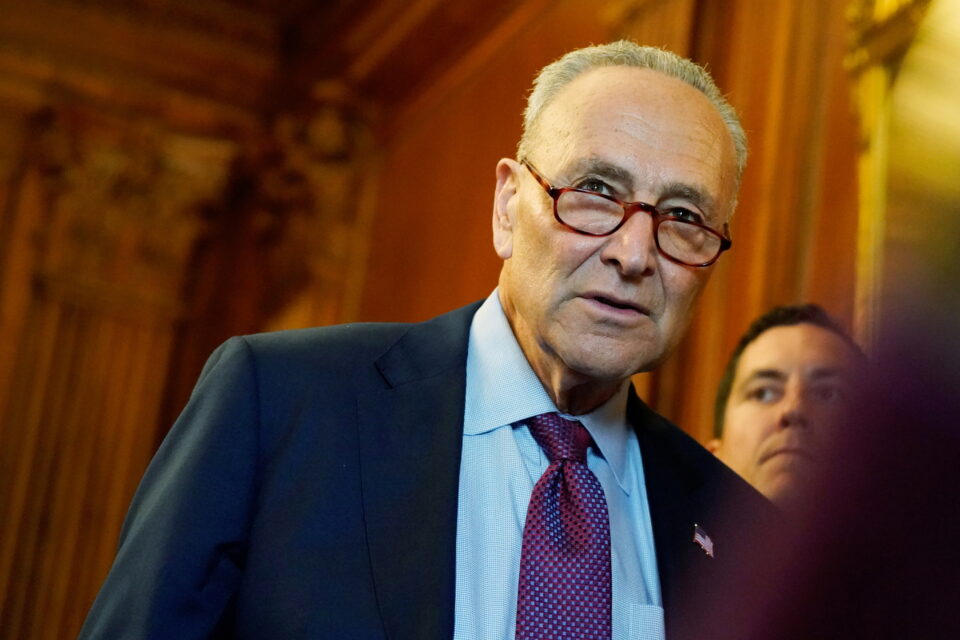 Reuters – President Joe Biden‘s fellow Democrats in Congress prepared votes to head off a government shutdown and a potentially economically crippling U.S. credit default on Tuesday, but a quick resolution appeared unlikely in the face of continued Republican resistance.

With government borrowing authority due to run out on Oct. 18, Democrats said they would advance votes to head off a possible debt default in both the Senate and the House of Representatives.

But the effort to raise the nation’s $28.4 debt limit appeared headed for failure, as Republican Senator Ted Cruz said he would block a vote in that chamber. Senate Republicans on Monday had blocked a vote to deal with the two issues simultaneously.

Lawmakers also have just three days to avert a possible government shutdown by midnight Thursday, the end of the current fiscal year. Failure to do so could result in furloughs for hundreds of thousands of federal workers in the middle of a public health crisis.

Fiscal brinkmanship has become a regular feature of U.S. politics over the past decade thanks to ongoing partisan polarization.

The most recent government shutdown, occurring during the presidency of Biden’s Republican predecessor, Donald Trump, lasted 35 days before ending in January 2019.

The Democrats hold slim majorities in the Senate and the House, which are up for grabs in next year’s midterm elections.

A government shutdown or a default would be a setback for the Democrats, who have portrayed themselves as the party of responsible government after Republican Donald Trump’s chaotic presidency.

Treasury Secretary Janet Yellen told lawmakers that the government would run out of options to service the debt by Oct. 18.

Republicans have refused to cooperate to raise the debt limit, saying they do not want to help Democrats spend more money. Democrats point out that much of the nation’s debt was incurred during Trump’s presidency.

On Tuesday, Senate Democratic Leader Chuck Schumer said he would propose a vote to raise the debt limit, which could pass with just the support of the chamber’s 48 Democrats and the two independents allied with them — as long as Republicans agreed to hold the vote.

“If Republicans really want to see the debt limit raised without providing a single vote, I’m prepared to hold that vote,” Schumer said on the Senate floor.

But that seemed to be headed for defeat, as Cruz said he would block the vote. “He’s playing games,” Cruz told reporters.

The House also will hold votes to extend government funding and raise the debt limit in the coming days, said Steny Hoyer, the chamber’s No. 2 Democrat.

Democrats could opt to fold a debt-limit increase into a $3.5 trillion spending bill that would expand the nation’s safety net, Hoyer said. They have already set up special rules that would allow that package to pass the Senate without Republican support.

But Democrats are still negotiating the size and contents of that package, and it could take several weeks to clear Congress and reach Biden’s desk — dangerously close to the Oct. 18 debt-limit deadline.

“Frankly, it isn’t really practical for us to consider that,” Dick Durbin, the Senate’s No. 2 Democrat, said on MSBC.

Lawmakers on the party’s left worry that package could fall by the wayside if Congress prioritizes spending on highways, broadband and other infrastructure.

“I’ve been clear from the start, these bills move together or they don’t move at all,” Representative Jesus “Chuy” Garcia, a leading progressive, wrote on Twitter.