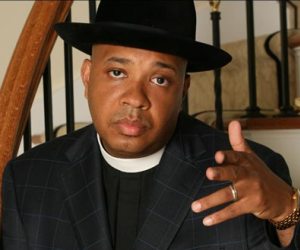 Rev. Run is advocating for better health after he and D.M.C. of Run D.M.C. fame, headlined a fitness event, the 7th Annual Fun Fun Fun Fest in Austin, Texas recently.

After losing 22 pounds and performing with D.M.C., he stated he felt more energy and wants to continue on his new health regimen.

“I just did a concert with D.M.C. after 13 years, and after losing some pounds for that, I felt really good. We got good reviews for having lots of energy on stage and I realized that if I’m going to continue to do shows … I gotta be in Mick Jagger-type of condition.â€, Run tells The Huffington Post

Rev. Run added, “My dad had diabetes, so it doesn’t mean just because Russell stands on his head and does yoga, and Angela’s in perfect health that they don’t have it.â€

Read about it on The Grio