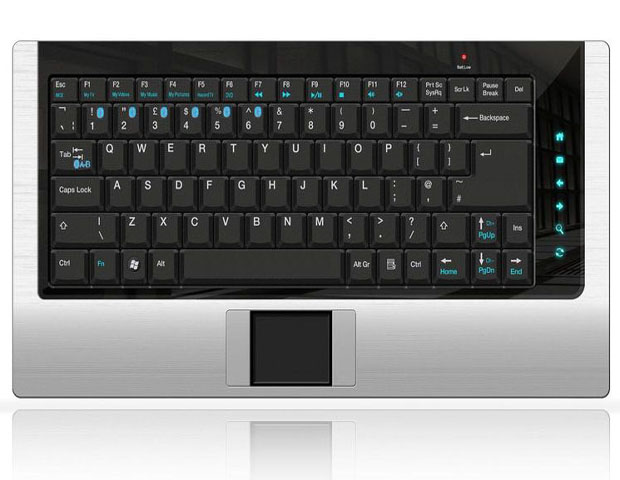 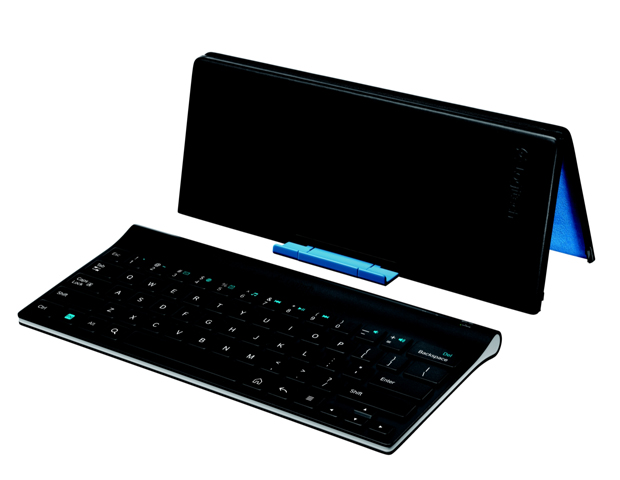 Pros: Android-specific keys and a hard case which doubles as an easel.
Cons: Not for older Android 2.0-class tablets
Bottom line: Excellent package for Android-toting travelers.

The $70 Logitech Tablet Keyboard sits in a middle ground between full-size Bluetooth keyboards and mini keyboards and is meant strictly for Android tablets. It has no touchpad or top row of Windows-friendly function keys–just keys that are useful with Android tablets. The thin, 14-ounce, 11.3-by-5.1-inch unit slides out from a protective hard plastic case which then opens up into an adjustable tablet easel. Â While the keys don’t have much travel, they’re firm and silent with enough feedback for touch typing.

While it has the same basic media-control keys as Windows keyboards, instead of Windows function keys the Logitech Tablet Keyboard embeds the four familiar Android keys (Back, Menu, Home and Search) into the bottom row. On the top row are Mail, Internet and Calendar keys that are activated when preceded by the Fn key.

The mid-size Chiclet-style keys proved both responsive and quiet. The Android-specific keys were handy and once back it its case the unit is well-protected from dust and bumps. The keyboard runs on three AAA batteries and requires Android 3.0 or later. Logitech also offers the similar $70 Logitech Tablet Keyboard For iPad, which, not surprisingly, offers Mac keys like the Command and Option keys instead of the Android keys.