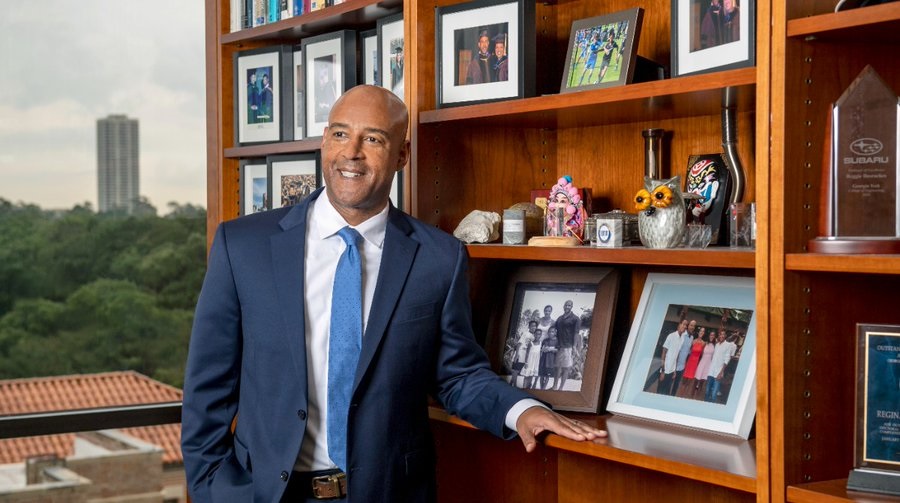 After a nationwide search, Rice University‘s board of trustees has appointed Reginald DesRoches as its newest president, making him the first person of color to hold the position in the school’s 109-year history.

DesRoches, who currently serves as the school’s provost, also holds the distinction of being the first engineer to hold the title of president at the prestigious private Texas university, and the first immigrant. According to KHOU, he was born in Port-au-Prince, Haiti and raised in Queens, NY. DesRoches studied at UC Berkley, earning a Ph.D. and master’s in structural engineering.

“Reggie DesRoches is an outstanding choice as Rice’s next president,” said the university’s current President, David Leebron. “I have had the privilege of working closely with Reggie over the last 4½ years, first in his capacity of dean of engineering and then as provost, and observed firsthand his extraordinary leadership, values, thoughtfulness and ambition for Rice. I am confident he will fully achieve the aspirations of our ‘Be Bold’ campaign, and take Rice to new heights of achievement and impact.”

In his position as university provost, DesRoches lead the university’s academic and research activities through the pandemic-related challenged of the 2020-2021 school year, reports Culture Map Houston. He also established the university’s Office of Diversity, Equity and Inclusion, which aims to increase diversity both in the student population and faculty.

Under his guidance, the Rice has seen an increase in research awards, opened several new centers and institutes and is working with even more organizations in the Houston area.

“I am deeply honored to be named the next president of Rice University,” said DesRoches in a statement. “The past four-and-a-half years at Rice have been among the most rewarding in my professional career and I look forward to building on the tradition of excellence established by President Leebron and those who served before him.”

DesRoches’ tenure as president starts July 1, 2022. He is only the eighth person to be appointed to this position.