Rihanna Has Interest in Buying Liverpool 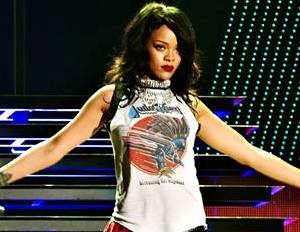 According to The Irish Examiner, pop star Rihanna has taken an interest in purchasing or investing in a pro sports team. She has her sights set on Liverpool of the English Premier League.

Rihanna was very visible during the World Cup, showing off her photos via social media. Now she wants to invest in a team and according to reports, her close friend and Chelsea star, Didier Drogba suggested she buy Liverpool.

“At first we thought Rihanna’s desire to be involved with soccer on a business level would soon blow over,” a source close told the Daily Star. “We figured she was still on a high from the World Cup. But now it’s becoming clear she really is serious. She’s talking about setting up a football academy in her native Barbados. Then her big dream is to be involved with a U.K. club.”