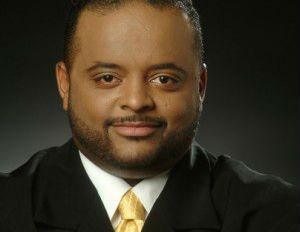 The award-winning journalist Roland Martin is joining Black Enterprise at the Entrepreneurs Summit to discuss solutions for the vast obstacles black men encounter. He will participate on the panel, set to take place Thursday, May 14. As we anticipate the thought-provoking conversation between Martin, co-panelist NFL Hall of Famer Cris Carter and the moderator,Â Black Enterprise President & CEO Earl “Butch” Graves, we remember five of the media personalities boss moves. Check them out below:

1. After Game Change authors revealedÂ Senator Harry Reid’s (D-NV) reference to President Obama as a “light-skinned” AfricanÂ American “with no Negro dialect, unless he wanted to have one” in their book, Â Roland Martin was the very first to snag an interview with Mr. President Â regarding the racial controversy.

2. Martin is a history-maker as the host and managing editor of TV One’s NewsOne Now, the first ever daily morning news program to focus on news and analysis of politics, entertainment, sports, and culture from an explicitly African American perspective.

3. As a journalist, he is unafraid to ruffle feathers with his varying opinions on sports, social justice, business or media. Martin does not allow others to box him in as Conservative or Liberal.

4. In 2012, Martin beat out esteemed leaders, such as Reverend Al Sharpton and Donna Brazille, when Jet magazine readers voted him “King of the Hill” for who they turn to for African American issues of concern.

5. He is known worldwide and has been deemed one of the top 50 political pundits by by the Daily Telegraph in the United Kingdom, and has made appearances on networks and media outlets in Canada, Italy, Australia and South Africa.