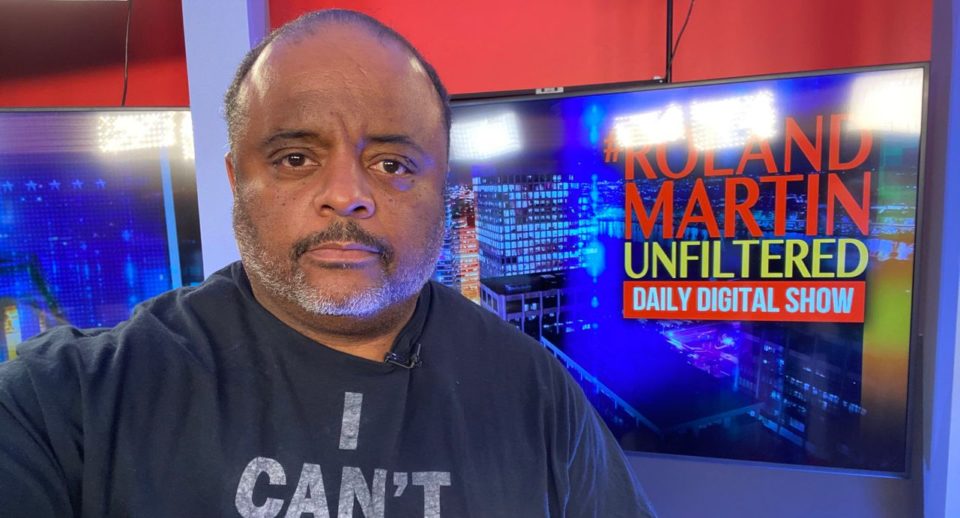 Roland Martin is preparing to release a tome.

The nationally acclaimed journalist, author, and television host Roland Martin has penned a new book which will be released in early 2022. WHITE FEAR will argue that President Trump’s election was largely driven by the backlash from white Americans who felt threatened by the country becoming a majority non-white country.

The book is scheduled to be released in early 2022 and Martin talks about how, as a nation, people in this country will be required to have hard, difficult conversations about systemic racism and how to dismantle the ugly truths at its core.

“The attack on the US Capitol was the work of white domestic terrorists. This has nothing to do with economic anxiety. It’s all about the fear of Black and other minority voices asserting their power at the ballot box and in other areas of minority life,” said Martin in a written statement. “White Fear will speak directly to what I’ve referred to for years as ‘white minority resistance.’ We are battling a demon that has long defined America. We must end it.”

Martin, who is also the owner of his own media company, Nu Vision Media, Inc., had previously authored The First: President Barack Obama’s Road To The White House, Speak Brother! A Black Man’s View of America, and Listening to the Spirit Within: 50 Perspectives on Faith. He also produces his own daily digital show, #RolandMartinUnfiltered, the first daily online show that is focused on news and analysis of politics, entertainment, sports, and culture from an explicitly Black perspective. He can also be heard giving daily commentaries for iHeartRadio’s Black Information Network and is still making appearances on various news outlets such as MSNBC and ABC News.

Martin has partnered with BenBella Books, an independent publisher with 14 New York Times bestsellers, for his book, White Fear, will have a full-scale, national marketing campaign supporting its release.