Rosie Perez to Join 'The View' as New Co-Host 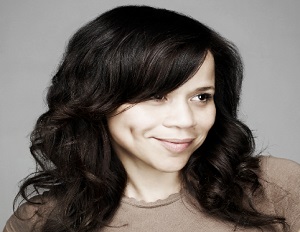 The network made the announcement on Wednesday, confirming that the two new personalities will join Whoopi Goldberg and Rosie O’Donnell as the show starts its 18th season on Sept. 15.

“I am beyond thrilled, honored and completely surprised that I’ve been asked to join The View,” People reports Perez saying in a statement. “Knowing that I will be in the company of Whoopi, Rosie and Nicolle, three very smart and engaging women that I have an immense amount of respect for, makes it even more unbelievable. The opportunity to connect with our nation’s audience on a daily basis…icing on the cake. Very happy!”

Perez’s latest news comes right off the heels of the exciting announcement that she will also be joining Seinfield co-creator Larry David for his first play, Fish in the Dark, next year. Perez has received an Oscar nomination for her role in Fearless, and her Broadway resume includes roles in The Ritz, Reckless, The Play What I Wrote, and Frankie and Johnny in the Clair de Lune.

Perez and Wallace will replace former co-hosts Sherri Shepherd and Jenny McCarthy, who announced their exit from the show in June of this year.