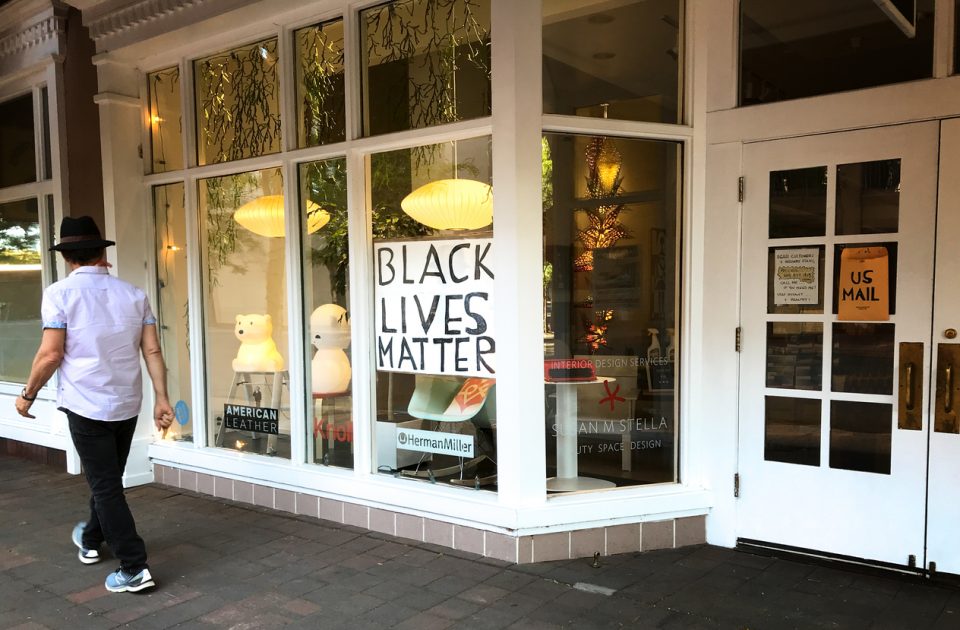 Sacramento police are looking into reports of residents having their tires slashed. The thing all the victims appear to have in common is that they all have Black Lives Matter signs on display outside their homes.

The vandalism all occurred within Sacramento’s Elmhurst neighborhood on late Monday night or early Tuesday, KCRA reports. “I came out, and I’m getting ready to put my tools in my car, and I go to unlock it and I feel like I’m a little taller than my car,” victim Jason Dillard explained. He soon realized that three tires on his car had been slashed open.

Confused by the seemingly targeted attack, Dillard shared his shock. “I don’t have enemies. I’m a stand-up guy and I’m a good person,” he said.

But when looking for clues as to what could’ve caused the attack, Dillard’s family made note of the Black Lives Matter sign they’ve had on display near their front porch since last year. The sign reads “Black Lives Matter #wereinthistogether.”

“It’s not just me that it’s happened to. Other people that have the Black Lives Matter signs,” Dillard said. “It shouldn’t have happened. It’s wrong. Hatred has never, ever in history, made anybody’s lives better.”

Dillard noted how difficult it is to repair slashed car tires. Other vandalism victims confirmed that the Sacramento Police Department is investigating the attacks and their relation to the victims all having BLM signs on display.

Police are asking for anyone with information related to the vandalism attacks to contact them by phone or through their online portal.