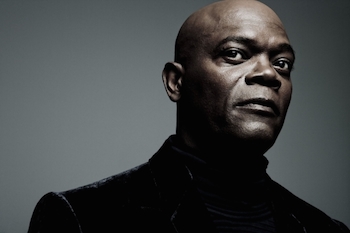 There are severalÂ “Tarzan” movies coming to theaters, but only one starring the incomparable Samuel L. Jackson.

In addition to SkarsgÃ¥rd, Oscar nominee Samuel L. Jackson (“Avengers 2: Age Of Ultron”) has joined the cast in an as-yet-to-be revealed role. While talking heads and pundits hope that he doesn’t fit the stereotypical number two to the white lead, “Tarzan” is keeping a lid on any of its cinematic secrets.

What we do know about the plot is that “Tarzan” has left behind the jungles of Africa for a new life as John Clayton III. With his wife by his side, he returns to the Congo to serve as a trade emissary of parliament, unaware that he is a mere piece in a grander scheme, masterminded by Captain Leon Rom. The adventure is being shot at Warner Bros. Studios, Leavesden, as well as on location around the UK.

Fans and cinephiles can expect “Tarzan” to swing into theaters on July 1, 2016.