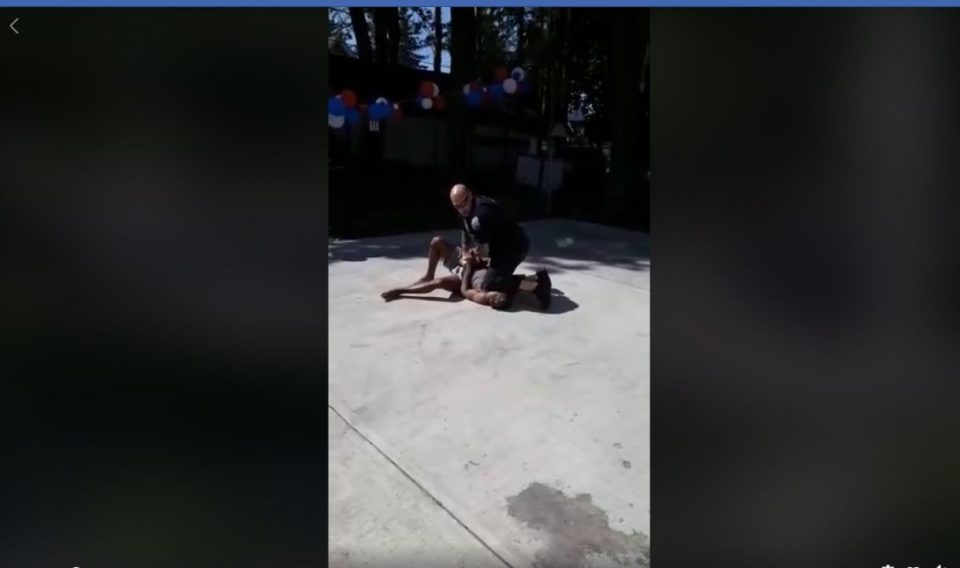 Once again, a police officer is caught on video applying pressure to the neck of a person of color. This time the incident took place in upstate New York. The chief of police in Schenectady has come to the defense of one of his officers who kneeled on a suspect’s head during a violent arrest according to NewsOne.

Schenectady Police Chief Eric Clifford had stated that an investigation was underway for the incident but also seemed to defend and justify Officer Brian Pommer’s actions. He did state that the Black suspect didn’t lose consciousness, which makes it seem like it was OK.

The suspect, Yugeshwar Gaindarpersaud, a Guyanese-Indian, was resisting arrest “both actively and passively” after being accused of property damage by a neighbor, according to Chief Clifford. As the police officer, who was alone, has his knee on the head of Gaindarpersaud, he was attempting to gain control of the situation, while also instructing Gaindarpersaud’s family to stay away from the encounter.

“The release of a partial clip of video and a photo unfortunately tend to drive a wedge between the community and police,” Clifford said. “I would ask that at this time the public be patient with the current probe and trust that once all information is reviewed the appropriate action will immediately be taken by this agency.”

Gaindarpersaud had also stated that Pommer punched him in the stomach and bruised him on his own property.