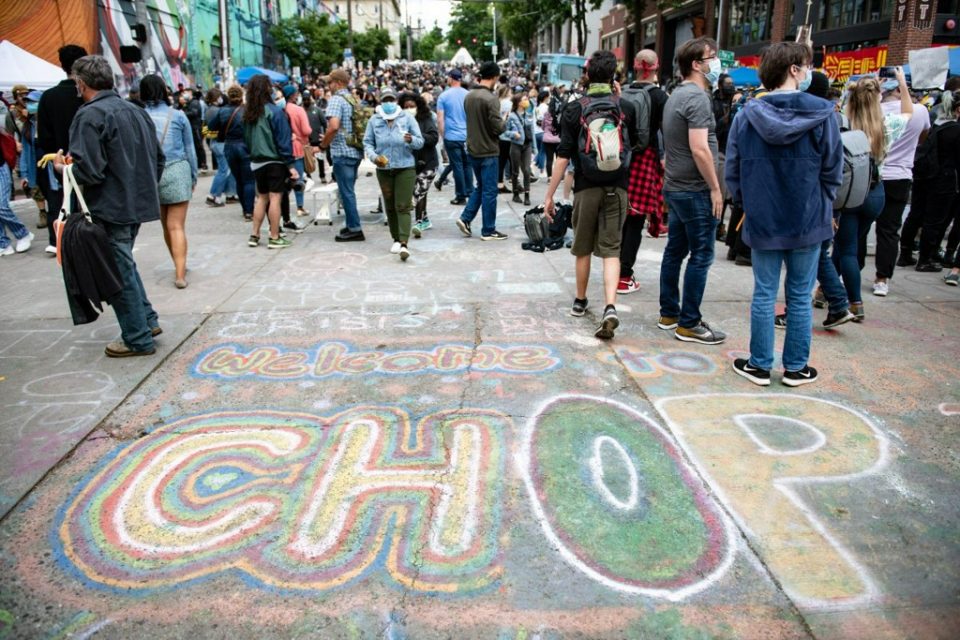 Seattle Mayor Jenny Durkan announced Monday the city will begin to wind down the blocks-long span of city streets taken over by residents.

According to CBS News, the Capitol Hill Occupied Protest zone, also known as CHOP, had two shootings in less than 48 hours last weekend. The two shootings left one teen injured, killed another, and severely injured a third person. Volunteer medics in the area brought the victims out rather than wait for emergency medical services to enter the area.

Durkan said the city is working with the protesters to bring the zone to an end.

“The cumulative impacts of the gatherings and protests and the nighttime atmosphere and violence has led to increasingly difficult circumstances for our businesses and residents,” Durkan told reporters. “The impacts have increased and the safety has decreased.”

Protesters took over the area in early June, cordoned off several blocks after clashing with police during protests for George Floyd and Breonna Taylor. Riot police fired tear gas, pepper spray, and flash-bangs at mostly peaceful protesters. The move drew strong condemnations from city leaders and a federal court banned the use of the weapons on demonstrators.

During one of the protests, a man tried to hit protesters with his car and fired several shots from a gun as he fled the scene.

After police abandoned the city’s East Precinct building, protesters blocked off the area and declared it a police free zone. Demonstrators painted a large “Black Lives Matter” mural on the street, handed out free food, played music, and started a community garden.

During the day, the area is one of peace and sharing. Volunteers hand out food, water, toiletries, information on social programs, and artists paint designs on wooden barricades.

At night, however, the area has been a bit more hostile with protesters marching and armed volunteer guards keeping watch. Durkan said she is devising a plan for public safety in the area.

“After days of peaceful demonstrations, two nights of shootings have clearly escalated the situation on Capitol Hill,” Durkan’s office said in a statement. “We have been meeting with residents and small business owners to address their safety and disorder concerns, including the ability of first responders to access emergencies in the area. … As many community groups are also urging, (the) Mayor believes individuals can and should peacefully demonstrate, but the message cannot be lost in the violence.”