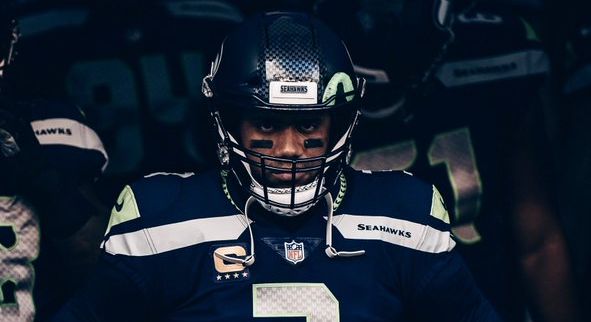 Seattle Seahawks MVP quarterback Russell Wilson is known extensively for his charity work and philanthropic ways off the field as he contributes to countless causes through his Why Not You Foundation. Now, he has helped contribute to one of his teammate’s bottom line when he, without the head coach’s knowledge, changed a play towards the end of the football game to help a teammate receive a $100,000 bonus.

According to The Seattle Times, Wilson, who would have ordinarily taken a kneel-down to allow time to run out, decided to pass the football to receiver David Moore to get him to his 35th reception. With that catch, Moore was able to capitalize on an incentive that will pay him an additional $100,000 bonus. With 22 seconds left in the last regular game of the season, due to Wilson’s decision, he was able to take home that extra money.

“We called that play because David had $100,000 if he gets that catch,’’ Wilson said after the game. “So you know, it’s a blessing to be able to help his family and his daughter and all that stuff. It was part of the game, we wanted to get him that catch and so we were able to dial that up for him that last play.’’

It turns out that his catch was the only one of the game as he finished the year with 417 yards on 35 catches, marking a career-high for Moore.

“We were going to kneel it and then we ended up changing it,’’ Wilson said. He had been talking with quarterbacks coach Austin Davis on the sidelines before the series which began after the Seahawks recovered an onside kick after the 49ers final touchdown.

Although the play shocked head coach Pete Carroll, quarterbacks coach Austin Davis was on board with the decision.

Russell Wilson confirmed to reporters that the pop pass to WR David Moore on 2nd to last play of the game was called so that Moore could get reach his $100K incentive.

Wilson knew about it early in week; SEA was going to do kneel down, but Wilson changed the call in the huddle pic.twitter.com/UClCvcnAiU