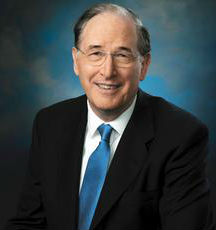 Senator Jay Rockefeller is not backing down from comments he made Wednesday while he chaired a hearing of the Senate Commerce Committee.

The West Virginia democratic senator accused the GOP of opposing President Barack Obama and the Affordable Care Act because he’s the “wrong color.”

Speaking at a committee hearing during an analysis of health-care spending the Senator from West Virginia said “It’s very important to take a long view at what’s going on here. And I’ll be able to dig up some emails that make part of the Affordable Care Act that doesn’t look good, especially from people who have made up their mind that they don’t want it to work. Because they don’t like the president, maybe he’s of the wrong color. Something of that sort. I’ve seen a lot of that and I know a lot of that to be true. It’s not something you’re meant to talk about in public, but it’s something I’m talking about in public because that is very true.â€

According to Politico, “It was the second time this month that the retiring liberal lawmaker had accused Republicans of opposing the President over race, arguing during a transportation funding hearing that the GOP doesn’t want anything good to happen under Obama’s watch ‘because he’s the wrong color.”

Rockefeller’s comments didn’t go unchallenged by the only GOP senator in the room at the time.

Ron Johnson, a Republican Senator from Wisconsin, said, “it was regrettable and I would say it was offensive … that you would play the race card.”

Johnson said, “That you would say that opposition to Obamacare necessarily must stream from some inherent racism? Very offensive. Listen, my opposition to health care has nothing to do with the race of President Obama, It is the greatest assault on our freedom in my lifetime.â€

Rockefeller is a retiring senator in his 30th year. According to the Washington Post, Rockefeller expanded on his comments Thursday saying, “there is an element of prejudice among some Republicans that fuels their opposition to the president”.

Rockefeller’s comments sparked a fierce reaction from the Republicans.

So far, no Democrats have spoken publicly in support of Rockefeller’s assertions that Obama has met legislative resistance because of his race.

Politico says Sen. Jay Rockefeller “may no longer fear the political consequences” of his blanket statement. He is “staring down his retirement after serving 30 years in the Senate.”