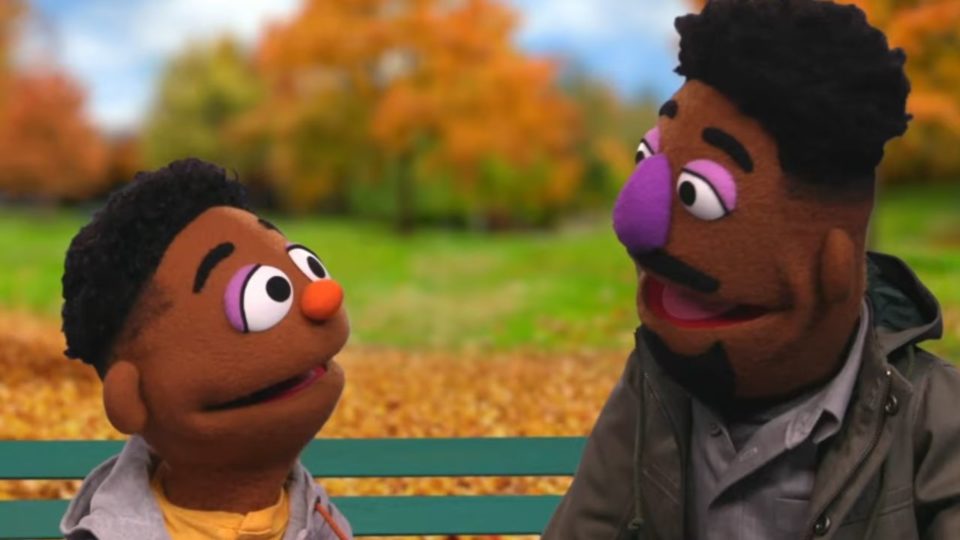 When a video of a white Minneapolis police officer, Derek Chauvin, came out showing Chauvin kneeling on the neck of George Floyd, a Black man, for 8 minutes, the country erupted in protest over another unarmed Black man being killed at the hands of law enforcement. The tide for racial equality had reached another peak in the fight against racial injustice and systematic racism.

Now, Sesame Street is doing its part in educating children through its latest program, ABCs of Racial Literacy. With this latest initiative, the long-running children’s television show is adding two new muppets who are Black.

In a recently released video, two new Muppets, 5-year-old Wes and his father Elijah, are introduced and Elmo wants to know why Wes’s skin is brown. Elijah explains to Elmo the concept of melanin and that our skin color is an important part of who we are.

Sesame Workshop, the nonprofit educational organization that is responsible for the programming of Sesame Street, is releasing resources to support families who are talking to their children about race and the effects of racism. The ABCs of Racial Literacy is part of Coming Together, Sesame Workshop’s commitment to racial justice which includes a racial justice educational framework, ongoing research, and a rolling release of new content.

“At Sesame Workshop, we look at every issue through the lens of a child. Children are not colorblind—not only do they first notice differences in race in infancy, but they also start forming their own sense of identity at a very young age,” said Dr. Jeanette Betancourt, senior vice president, Sesame Workshop in a written statement. “‘The ABCs of Racial Literacy’ is designed to foster open, age-appropriate conversations among families and support them in building racial literacy. By encouraging these much-needed conversations through Coming Together, we can help children build a positive sense of identity and value the identities of others.”

In a new music video, “Giant” the Sesame Street Muppets celebrate their own unique identities. In another upcoming video, Rosita’s mom and her friend Sofia speak to Rosita to help her cope with a racist incident in the grocery store, while also celebrating speaking Spanish.

“Sesame Workshop has always stood for diversity, inclusion, equity, and kindness. As a trusted source for families, we have a responsibility to speak out for racial justice and empower families to have conversations about race and identity with their children at a young age,” said Kay Wilson Stallings, executive vice president of Creative and Production, Sesame Workshop. “The work to dismantle racism begins by helping children understand what racism is and how it hurts and impacts people. Sadly, today’s announcement comes at a time of racial and social discord when many families are in need of support in talking to their children about racism. We’re proud to reaffirm our Coming Together commitment to racial justice, which will be woven into new Sesame Workshop content for years to come.”