Shaq Is In The Building! After Donating $1M, the Big Man Meets Children of the Boys & Girls Club 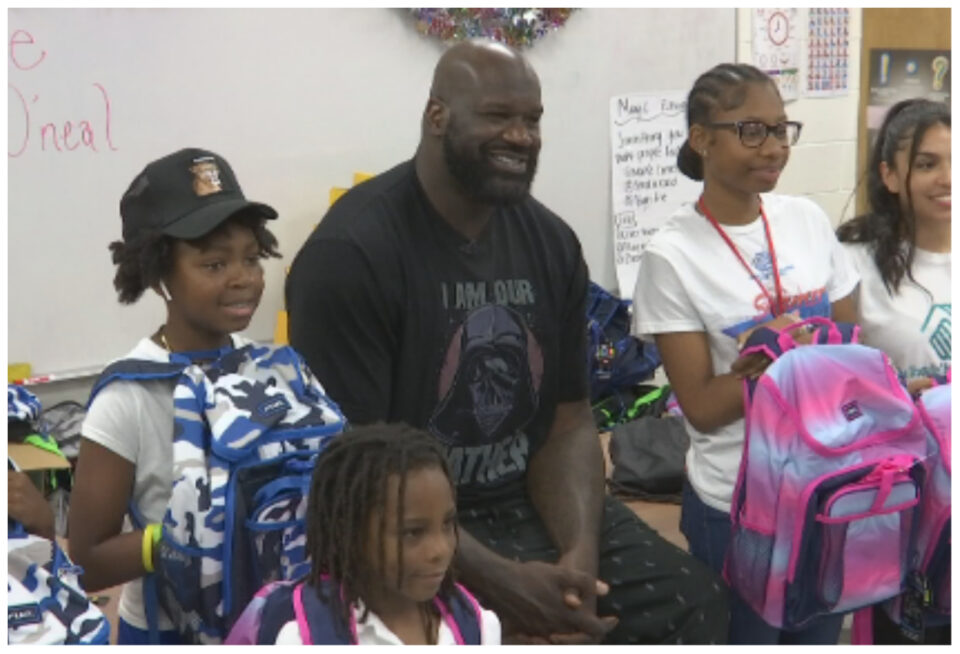 Shaquille O’Neal stopped by his eponymous Boys & Girls Club for the first time on Wednesday!

According to CBS 46, the kids and teens at the Shaquille O’Neal Boys & Girls Club of Henry County got a chance to meet the Big Man with a big heart. From basketball to performing, they were excited to show off their talents and skills for the man they admire.

Located in Metro Atlanta, the national organization aims to encourage kids and teens ages 6-18 through “safe” and “inclusive” activities and programs. The website states that all members “enter our doors to receive academic support, learn alternatives for developing healthy lifestyles, and excel in character and leadership development.”

”The families face poverty and homelessness. A large percent of our families need assistance,” said Jesse Coltrane, executive director at the Shaquille O’Neal Boys and Girls Club of Henry County, per the Atlanta outlet.

”With our community partners, we try and help with utilities, rent, housing, even food, job placement as well, even GED courses,” Coltrane continued.

The Lakers legend and sports analyst teamed up with the NFT marketplace Notables to use NFTs (non-fungible tokens) for charity earlier this year, BLACK ENTERPRISE previously reported. He raked in a whopping $2 million, and all the proceeds went to the Shaq Foundation, which partners with Boys & Girls Clubs of America, and various communities, to help underserved children.

Shaq donated $1 million dollars to the new building named after him, according to the outlet.

”The Boys and Girls Club kept me out of trouble,” he said, according to the outlet.

”I am here. I do a lot of things in the community and I realized they didn’t have a place where they can go. I saw this building was abandoned and I was like, ‘We can use this facility for the Boys and Girls Club,’” Shaq continued.