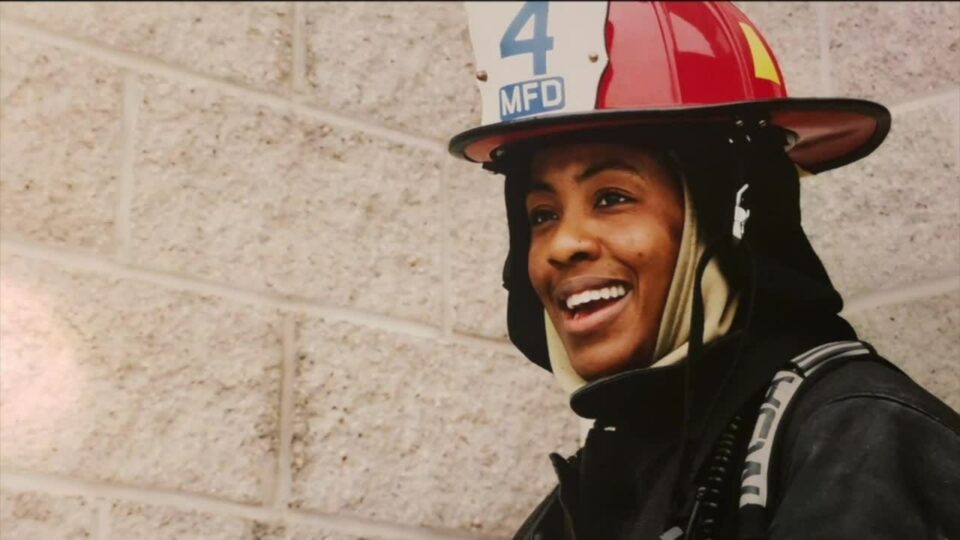 Deputy Chief Sharon Purifoy-Smoots was promoted to assistant chief of the Milwaukee Fire Department on Thursday, making her the first Black woman to hold the title in the department’s history.

Purifoy-Smoots was formally appointed to her new role during a news conference on Friday, April 29, by Fire Chief Aaron Lipski. This historic achievement also makes her the highest-ranking Black woman across all Wisconsin fire departments, FOX6 News Milwaukee reported.
“You are opening eyes to so many people, so many kids, kids who live in neighbors[hoods] like this, about the possibilities because they can see their own reflections in you,” said Milwaukee Mayor Cavalier Johnson, the first Black man elected to the position.
“She comes with an astonishing educational pedigree, but more than that she brings a personality and a character and effect that people are drawn to,” Lipski said, according to TMJ4 News. “She has a heart that is enormous, far outsizes her. She cares so deeply about the City of Milwaukee.”
The Milwaukee native is a 19-year department veteran. She joined the department in 2003, and impressively rose up the ladder after starting her career as a firefighter. In 2020, Purifoy-Smoots became the first Black woman to be selected as the department’s deputy chief. She led the department’s emergency medical services division. She also served as a cadet instructor and the department’s director of recruitment.
“I am glad that I am first,” she reportedly said at the press event, per the Milwaukee Journal Sentinel. “But, I know my first is not going to mean much to me unless I am directly responsible in getting the second and the third and the fourth here,” she said.
The new chief assistant is determined to ensure that her ranking will pave the way for other people of color.
“I’m representing all the little brown girls that look like me, all of the Asian, white, whatever is – we are all in this together, and I’m doing it for all of us,” said Purifoy-Smoots, as per FOX6 News Milwaukee.