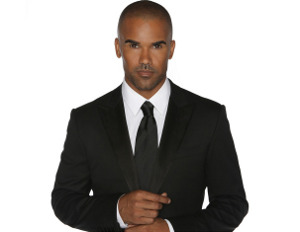 “Criminal Minds” actorÂ Shemar MooreÂ is using Kickstarter to enlist financial support for his new film project, “The Bounce Back”.Â  The goal is to raiseÂ $1.5 millionÂ of the film’sÂ $3 millionÂ budget through the site, with the film’s producer/star committing to personally match the total amount raised on the popular fundraising platform.

“The Bounce Back” is a heartfelt romantic comedy about finding the courage to love after love has let you down.Â Â Nadine VelazquezÂ from the Oscar nominated “Flight” is set to co-star in the film opposite Moore. In addition to starring in “Criminal Minds” which is going in to their 9th season, and still rating first in its time period for both households and viewers, he also co-starred inÂ Tyler PerryÂ ‘s hit “Diary of a Mad Black Woman”.

“After reading so many of your endless comments, remarks, compliments, and love letters that you pour onto my Twitter, Facebook and Instagram pages, I thought who better to ask for help – but you, my fans,” Moore said via the projects Kickstarter page. “I felt that with all my great friends supporting this endeavor, starting with you of course, I could bring this movie to life with a much smaller budget than most Hollywood films of this caliber.”

“Kickstarter allows filmmakers the creative ability to make their films the way they envision, and to come together with fans to showÂ HollywoodÂ what ideas interest audiences,” says Moore. “We’re hoping for support from the amazing audience that’s been so loyal in their support of ‘Criminal Minds.'”

For more information on the project please visit: Â http://www.kickstarter.com/projects/601983601/the-bounce-back