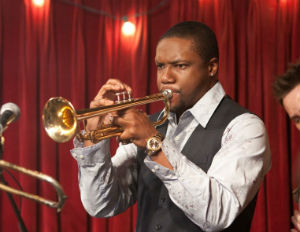 Barney’s isn’t the only store under fire for racial profiling.

Recently, Rob Brown, who is one of the stars of Treme and was also in Finding Forrester filed a lawsuit against Macy’s for racial profiling.

Brown was shopping in the Macy’s at Herald Square in New York City when he was detained and illegally searched by detectives. Brown had finished purchasing a watch for his mother when he was told his identification was false and that he could not afford to make such an expensive purchase, according to the documents filed in the lawsuit. Although he was released an hour after being detained he missed his mother’s graduation.