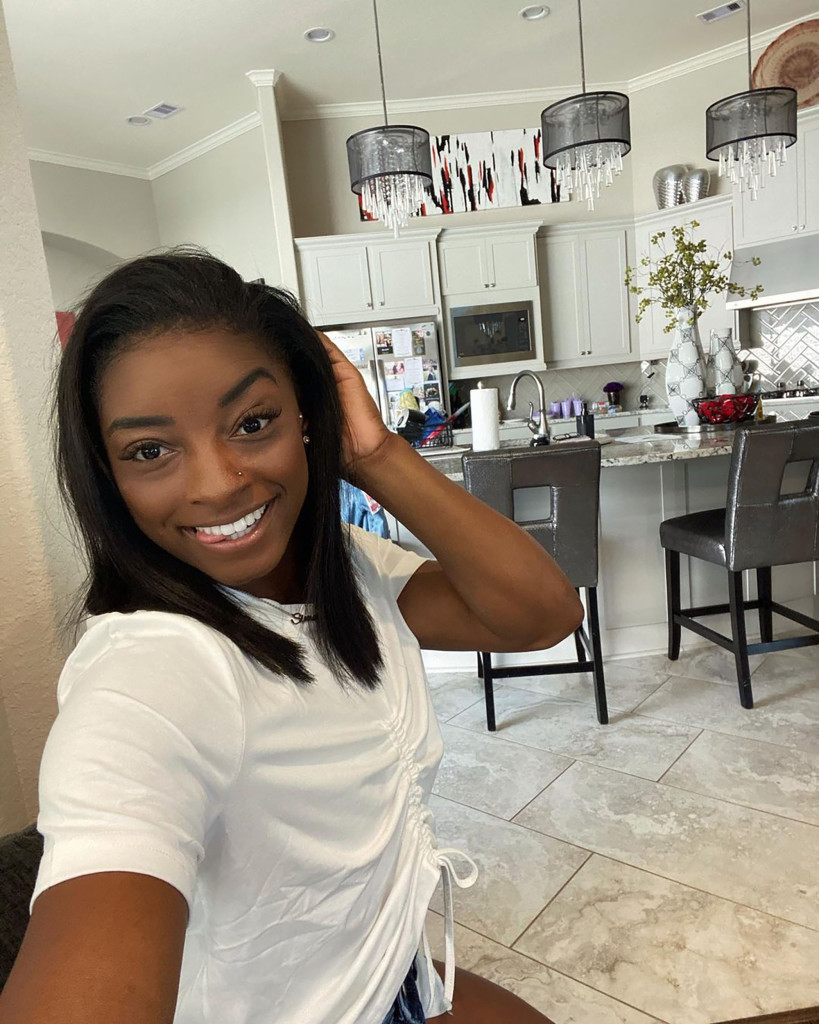 Olympic gymnast Simone Biles is taking her bronze and silver medals back to her recently built Texas home, where she and her dogs enjoy the life of a champion.

According to the Houston Chronicle, Biles, 24, purchased an almost 4,000-square-foot home north of Houston last year when the Summer Olympics were originally scheduled.

Property records show the newly constructed home has four bedrooms, three-and-a-half bathrooms, and a pool Biles had installed after she moved in, the Chronicle reported.

The wooden and tiled floor house includes a media room and a dog wash station for her French Bulldogs Lilo and Rambo.

Built in 2019, it also has an open floor plan with a foyer, a family room with a fireplace and tray ceilings, a kitchen, and a dining room. In the kitchen, there are high-end appliances, quartz countertops, custom cabinets, and an oversized island, according to the New York Post.

The primary bedroom suite has dual walk-in closets and a spa-like bathroom with a walk-in shower and a free-standing tub.

The one-acre lot, situated in a gated community, has a three-car garage, a small outdoor kitchen, and a table with swinging chairs. On the community website, it says it offers a private park with pathways, woods, and landscaping, according to the NY Post.

The home reportedly cost less than $750,000. In an interview with Uninterrupted, Biles stated the first check she ever wrote went toward the home’s down payment.

During the talk, she also spoke about her experience as an adopted child. She said she only remembers a couple of things from her adoption, but she believes “the most important thing is family.”

Biles received news that her aunt on her father’s side passed away while at the Tokyo Olympics. She told her coach after, “I just need some time.”

Before she lost her aunt, the gymnast removed herself from the competition’s finals after a shaky performance on the vault. She returned to the games and ended the competition with a bronze medal on the balance beam.

After all the madness, spending time at home-sweet-home might do the young Olympian some good.