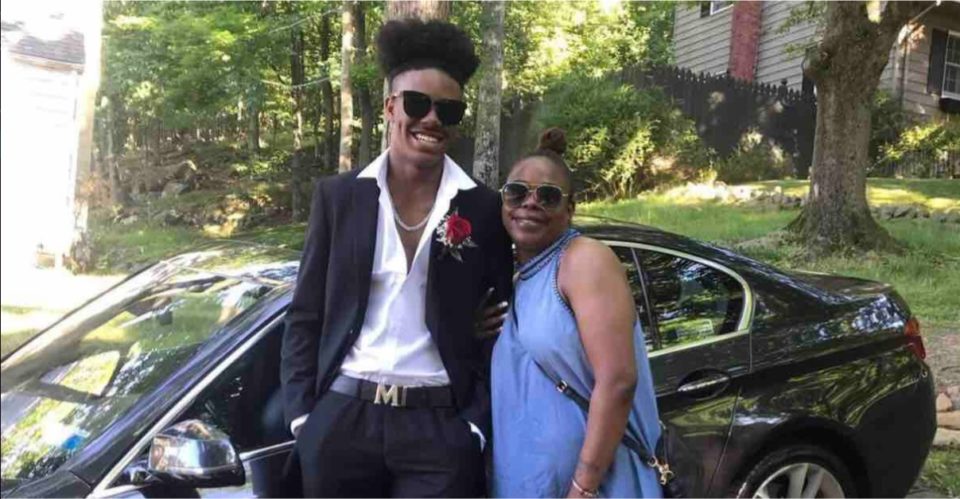 A woman who suffered through two hit and runs is dead and her son in mourning.

Police say 40-year-old Katrina Grisby of Nyack, N.Y., was first struck by a hit-and-run driver as she was walking along the side of the road at about 4 a.m., the Mount Pleasant Daily Voice reports.

According to police, a good Samaritan stopped on Route 9W when he saw a vehicle hit Grisby of Nyack, N.Y. and noticed Grisby was lying on the roadway.

The good Samaritan called the police but witnessed another vehicle strike Grisby. That vehicle also left the scene but was later located in Haverstraw. That driver has charges pending.

“The Clarkstown Police share our thoughts and prayers with the family and friends of the victim as we continue to investigate the crime,” the department said in a released statement.

Katrina was a single mother. Her son, Khasyi Grisby, is grieving the lost of his mother and has created a GoFundMe fundraiser to help get funding for his mother’s wish for him to continue his education and go to college.

He says the sudden loss has left him broken.

“There is no comparison to a Mother’s love, unending, enduring, unconditional, everlasting… And unfortunately gone way too soon,” the post stated.

“Khasyi was not only her only child but was her best friend as well. The relationship they shared was unlike any other,” the post continued.

“This little family now needs a village to help keep her dream alive,” the post stated.

Police ask anyone who may have been in the area and has additional information, or possibly video of any passing vehicles from 3:30-4 a.m., to contact the department at 845-639-5800.

You may also submit an Anonymous Tip via the “RockalndCO DA” TIP411 app.