Small Business Loan: What to Know Before Applying for Funding 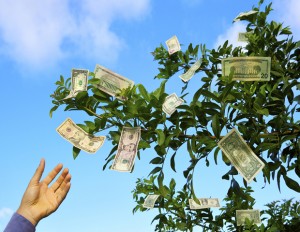 BLACK ENTERPRISE spoke with Terry Jorde, Senior Executive Vice President and Chief of Staff for theÂ Independent Community Bankers of America. Based in Washington, DC, the ICBA is an organization that represents nearly 7,000 member community banks.

Here’s what she said:

BE: There is this perception among a lot of small business owners, be it deserved or not, that traditional financing is off the table right now. Are banks lending and if they are how can an entrepreneur best position themselves to be able to get the capital that they need?

Terry Jorde: Community banks are lending. They never stopped lending through the financial crisis. The assets of community banks only make up about 20% of all of the assets in the country of the banking system, but they make 60% of all of the small business loans. That’s because of the relationship model that a community bank has versus a Wall Street bank. Wall Street banks are much more focused on transactions and volume and making a profit off of trading and that type of thing. They have a symbiotic relationship with that community, so if they don’t lend into the community, and especially to their small businesses to help them start up and grow, then the community bank doesn’t survive either, because by and large most of their stockholders, most of their employees, live right in that local community.

What’s the main reason why entrepreneurs are denied?

Jorde: I don’t know that I would say that there’s a main reason. One might be that the entrepreneur hasn’t really thought through what their goals are. It’s one thing to just have a dream and say, “I want to do this. That looks easy.” As you know, it’s hard to run a small business. There’s risk in it. The bank is taking risk and the entrepreneur is taking risk. It does take some thoughtful analysis as to what is entailed. You don’t just do it overnight.

The first step is, does the applicant have a good idea, a good plan, are they enthusiastic about what it is that they want to achieve? Do they have some knowledge or some experience with what it is that they want to enter into on their own so that they have an idea of what the potential downsides might be. At the end of the day, if the business owner fails it’s not doing the business owner any good either. You want to have that good partnership with the community banker and the business entrepreneur so that when you’re both going into this together there’s a reasonable chance of success on both sides.

Jorde: Yes and no. I think that there are no bright line ratios. For example, if a bank is working with the Small Business Administration, the bank may be able to get an 80% guarantee on the loan. If the loan went completely bad and everything was gone, the bank would only lose 20% of that loan versus 100%. I would say that it’s important for the small business owner or potential owner to have something at risk. They should believe in what they’re doing enough to put something into it. That doesn’t necessarily have to be that they have cash. It might be that they have a car title or equity in their home or something like that. To answer your question, no, there’s not an exact amount. Honestly, the more money you have to put into it, the stronger it makes the loan application, but it is not the sole number that’s used to judge whether or not an applicant is going to have credit granted to them.

Jorde: Yeah. That’s exactly right. The bank is going to have skin the game. The small business owner should have some skin in the game as well. Â Sometimes that’s in the form of sweat equity. It could be that they are doing a lot of … Â Maybe they’re moving into a building and they’ve got a building background and they’re able to put some of their own labor or whatever into it. It doesn’t necessarily have to be cash.