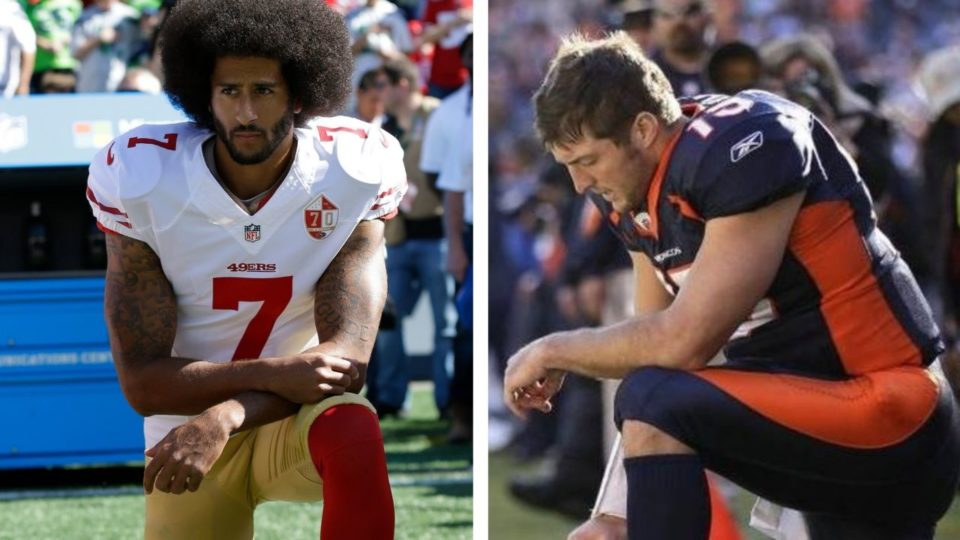 It’s was recently announced that former quarterback Tim Tebow will return to the NFL after being out of the league and playing another sport for the past several years. Not only is the former player returning after not having much success as a quarterback, but he is also being brought back in a position that he has never played in high school, college, or as a professional in the NFL. Social media has definitely noticed the ironic gesture of another former quarterback who has been a success in the league, even taking his team to the Super Bowl, yet, he hasn’t been offered a chance or has had any serious negotiations about returning to a sport he truly loves.

The Jaguars are expected to sign Tim Tebow to a one-year contract to play tight end, first reported by NFL Network and confirmed by ESPN.

Tebow did not play TE in high school, college or in his previous three-year NFL career. https://t.co/OiAYG5CVsr

“White privilege” may be the correct term that people are utilizing because former San Francisco 49ers quarterback Colin Kaepernick has basically been exiled from the league due to his stance against police brutality and systemic racism. Ironically, his peaceful protest was to take a knee during the playing of the national anthem, yet, Tebow, who was more known for his religious stance, has also been known for taking a knee as well, yet, it was never seen as controversial and he is being welcomed back to the league more than six years after retiring from a lackluster career at best.

As can be expected, fans and NFL players alike are questioning the logic behind bringing a former quarterback to play a position he has never played, yet, Kaepernick, who is still capable of starting in the league when he last played, still isn’t playing or getting a tryout.

😂😂Tebow got a job before kaepernick. Wait til we play Jacksonville💤💤💤💤

Tim Tebow has gotten to fail at being an NFL QB, a minor league baseball player and an NFL TE—at age 33 despite never playing the position

And YET … I don’t even gotta say it pic.twitter.com/HbDwPS4PEs

Isn’t it amazing that Colin Kaepernick, former quarterback who became an activist against extrajudicial cop killings, cannot get a job in the National Football League, but Tim Tebow is returning after being out of football for nine years? #Blackballed

Tim Tebow was given every opportunity in whatever sport he wanted to participate in, including broadcasting, because of his beliefs.

Colin Kaepernick was banned because he spoke out about the police killing black men.

Just in case anyone is wondering Tim Tebow has been out of football longer than Colin Kaepernick.

Of course Tim Tebow gets another shot in the NFL. Sounds about white.