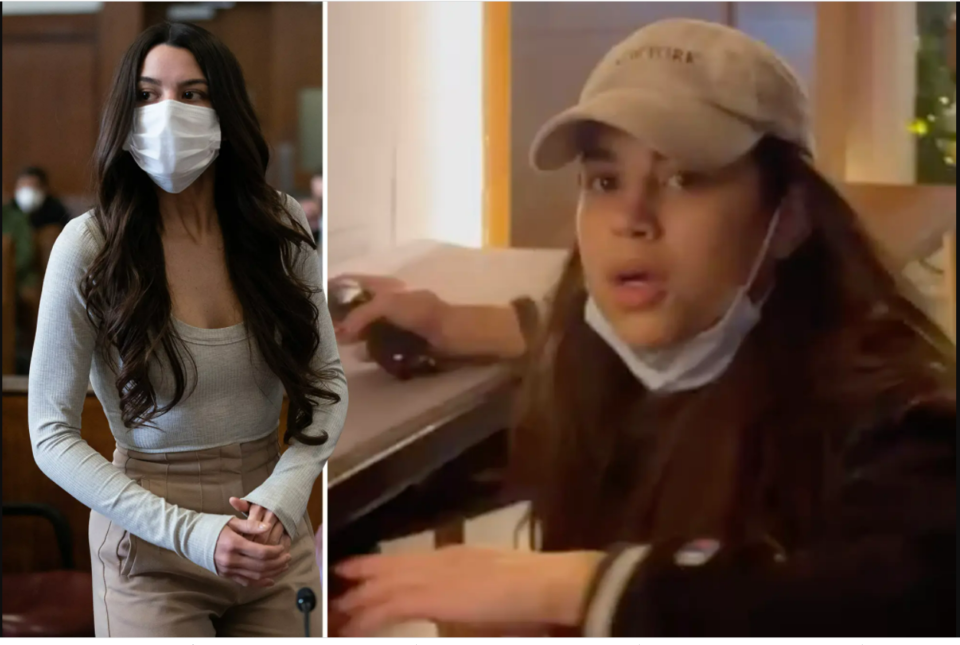 Miya Ponsetto, better known to the world as “SoHo Karen,” has avoided jail time with a plea deal after she went viral over a year ago for attacking and wrongly accusing a Black teen of stealing her iPhone at a New York hotel.

According to The New York Post, the 23-year-old from California pleaded guilty to a felony hate crime.

Ponsetto copped to one count of felony unlawful imprisonment as a hate crime for attacking a Black 14-year-old teenager, Keyon Harrold Jr., as she accused him of taking her phone at the Arlo Soho Hotel in December 2020.

As part of her deal, if she stays with her counseling and keeps out of trouble and has no dealings with the criminal justice system for two years, Ponsetto will be able to replead to aggravated harassment, a misdemeanor.

“You have been given a tremendous opportunity,” Justice Laura Ward told the 23-year-old in Manhattan Supreme Court Monday. “Turn this lousy situation into a good situation so you never find yourself here again.”

If she fails to adhere to the terms of the agreement, Ponsetto could face up to four years in prison.

It’s highly disappointing that Miya Ponsetto was permitted to plea down, only receiving probation. We won’t change the culture until we hold people accountable for their outrageously bad behavior. https://t.co/jen3YlDv2c

On that fateful day in December 2020 in New York City, a white woman falsely accused the 14-year-old son of a Jazz musician of stealing her iPhone at a SoHo hotel, earning her the nickname “SoHo Karen.”

A portion of the skirmish was captured on video and posted to social media. Ponsetto is seen on video as the aggressor and then claimed to be the victim as she said that she was the one who was assaulted. The New York Police Department has released portions of a surveillance video from the hotel where the incident occurred, confirming that the woman attacked and tackled the Black teenager she falsely accused of stealing her iPhone.

In the disturbing video, the woman—later identified as Ponsetto—was seen, from two different viewpoints, running after, then grabbing and tackling the teenager, Jazz musician Keyon Harrold’s son, Keyon Harrold Jr., to the ground.

On Saturday, December 26, the woman in this video falsely accused an innocent 14-year-old teenager of stealing her cellphone. She then proceeded to physically attack him and fled the location before police officers arrived on scene. pic.twitter.com/qtZZWetBWH