'SoHo Karen' Does Not Want To Go Jail, Talked Over The Judge 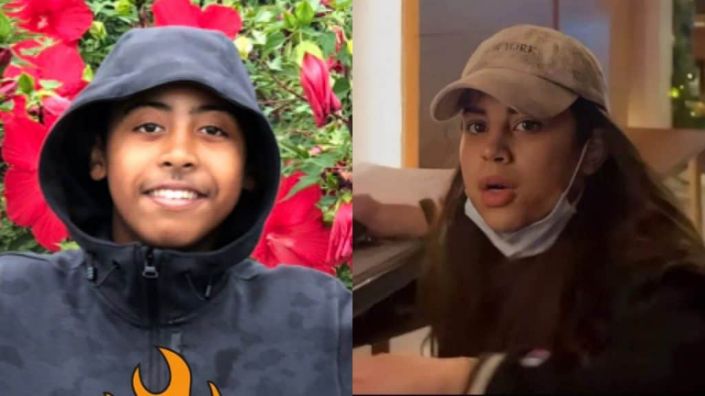 Miya Ponsetto, the 22-year-old ‘Karen’ accused of traumatizing a 15-year-old jazz musician’s son inside a SoHo hotel, does not want to go to jail for the assault.

In a recent court proceeding, Ponsetto’s defense attorney, Paul D’Emilia, and Manhattan Criminal Court Judge Jonathan Svetkey were discussing waiving time, or in other words, slowing down her speedy trial.

Apparently, Ponsetto was not informed—might have ignored—about what her lawyer was trying to accomplish because she mistook waiving time as an automatic jail sentence.

Despite the severity of the charges she faces—attempted assault, attempted robbery, grand larceny, and endangering the welfare of a child—or the negative perception of being considered racist, Ponsetto, also known as “Soho Karen,” decided to talk over Svetkey.

“Waiving time? I would not like to spend time in jail,” Ponsetto said, according to the New York Post.

“Your attorney will explain to you what we are talking about here,” Svetkey said. “It has to do with the peoples’ obligation to proceed with the case in a manner consistent with your statutory rights to a speedy trial.”

Ponsetto’s rude and talkative behavior seems to be a pattern. In her exclusive interview with Gayle King, Ponsetto spoke over the Emmy-winning journalist and her previous attorney, Sharen Ghatan, who gave up representing her after the interview.

June 8 is Ponsetto’s next court date.

The case is centered around how Ponsetto assailed Keyon Harrold Jr. in the Arlo SoHo Hotel lobby, claiming the teenager took her phone. Keyon Harrold Sr. witnessed his son being tackled. The incident was captured on video and became a viral topic about racism toward young Black men. Ponsetto’s phone was returned by an Uber driver, NewsOne reported.

The Harrold family said they are pursuing a lawsuit against Ponsetto to make a statement about racially motivated attacks and profiling. The family is also seeking closure for Harrold Jr. who reportedly needs therapy to cope with the “humiliation, embarrassment, emotional distress, feelings of racial stigmatization [and] an increased sense of vulnerability.”

Soho Karen, a California native, was arrested days after the video was shared numerous times on social media platforms and went viral. She was extradited to New York City to face charges of attempted assault, attempted robbery, grand larceny, and endangering the welfare of a child.