Source: Van Jones was ‘Completely Blindsided’ During ‘The View’ Interview 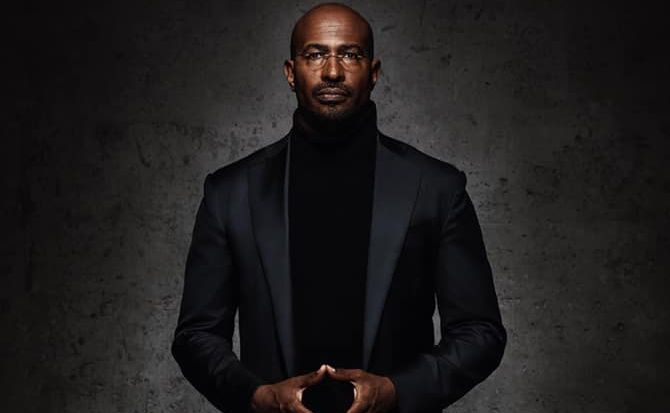 After making an appearance on ABC’s The View last week, political commentator and CNN host Van Jones says “he felt like” the hosts “were rude, and he was completely blindsided by how they questioned him,” according to New York Post’s Page Six.

Last Friday, Jones appeared on the daily morning talk show to promote his latest documentary, The Reunited States, which is co-produced by The View’s co-host Meghan McCain. During his interview, co-host Sunny Hostin questioned him for giving former President Donald Trump “racial cover.”

.@VanJones68 defends himself against criticism over giving Trump credit for his work in the Black community, despite publicly disapproving other actions by Trump: “I’m never going to apologize for putting the interest of people at the bottom first.” https://t.co/cVclFZQmjA pic.twitter.com/5SDfUVSl4P

MORE: @VanJones68: “When we fight like this about everything and you can’t give anybody even a little bit of credit for anything, who it hurts is… regular folks who don’t have anything.”

“Whoever is in that White House, I have a responsibility to go in there and advocate.”

Jones took to Twitter to give his side of the story.

There was a lot of buzz yesterday about my appearance on @TheView. One of the things I pointed out was how things I say get taken out of context and sensationalized. Social media proved my point yesterday.

Here’s what I actually said, in case you didn’t have the chance to hear: https://t.co/7SqkUygFgb pic.twitter.com/1uNqcbZ992

An insider familiar with the incident stated that Jones knew about the line of questioning beforehand, and said this:

“Producers told him they would question him about his flip-flopping. Sunny and Ana, like many other influential voices, gave Van the chance to not only address his conflicting political positions but also his cozy relationship with [Trump],” they said.

“It’s unfortunate that instead of addressing the very real distrust of him within the Black community, Van chooses to attack two women of color via social media, hiding behind the guise of ‘unity,’” they continued. “Van is taking a page from Donald Trump’s playbook, whom he called the ‘uniter-in-chief’ in 2018. His exposure as a persona non grata in the Black community is clearly jeopardizing his grift.”