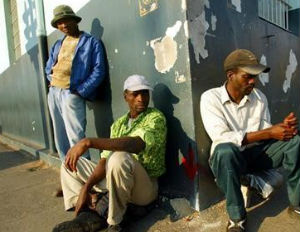 President Jacob Zuma of South Africa, who is trying to staunch persistent criticism that he hasn’t done enough to tackle the country’s staggering unemployment and poverty, introduced a $100 billion infrastructure plan to build roads, bridges and ports over the next three years.

Two credit rating agencies have slashed South Africa’s debt rating in the past month, and the value of the country’s currency, the rand, has slid sharply. Already hit by the slowdown in Europe, South Africa’s biggest trading partner, the country’s growth prospects have dimmed further, even as some other African countries are booming.

The labor unrest has brought to the surface problems that have been bubbling for many years in South Africa, whose peaceful transition from white rule to nonracial democracy in 1994 made it a powerful symbol of nonviolent conflict resolution.

ButÂ inequality and joblessness have increased since the end of apartheid while politicians and businessmen have grown wealthier, leaving many South Africans feeling betrayed.

The country has been beset by wildcat strikes in recent months, including one much-publicized skirmish inÂ which police officers killed 44 striking workers.

Read the full story at the New York Times.