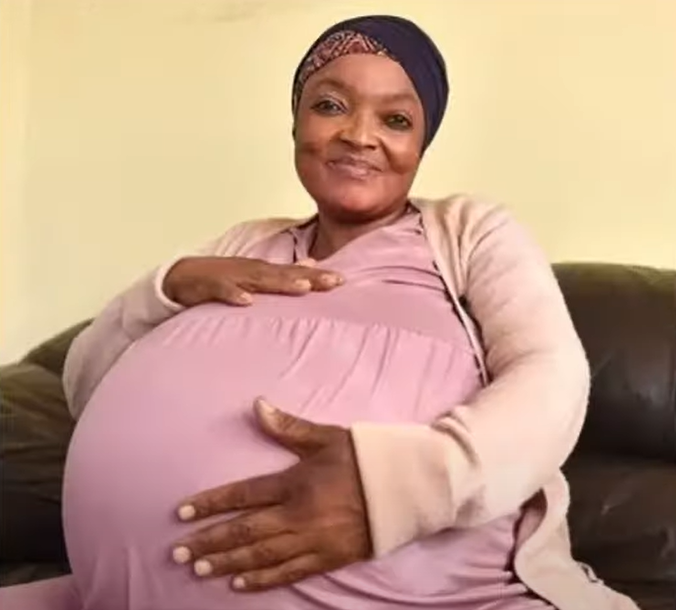 The South African woman who recently went viral with claims she broke a world record by giving birth to decuplets is speaking out against her baby daddy, who says the entire thing was a hoax.

Mystery has surrounded Gosiame Thamara Sithole after she made headlines for (she said) giving birth to 10 babies earlier this month, The Sun reported. Tebogo Tsotetsi, the father of her alleged 10 children, sat alongside her ahead of the delivery and expressed his excitement for their arrival.

“She was seven months and seven days pregnant. I am happy. I am emotional. I can’t talk much,” he said at the time.

But, now Tsotetsi claims he hasn’t seen or heard from Sithole since June 7, just before she went into labor, as noted by Pretoria News. Sithole said that she gave birth to seven boys and three girls. But there hasn’t been any evidence of the births other than the news report.

After initially expressing his excitement for the birth of their children, Tsotetsi became doubtful. He was unable to be with Sithole during the delivery due to COVID restrictions. However, with Sithole seemingly avoiding Tsotetsi since the alleged delivery, the father is left with the assumption that the babies don’t exist.

“He (Tebego) made several attempts to visit his girlfriend, but she has failed to disclose her whereabouts and the condition of her babies,” a statement said.

“The family has resolved and concluded that there are no decuplets born between Tebogo Tsotetsi and Gosiame Sithole, until proven otherwise and wishes to apologize for any inconvenience and embarrassment,” a statement read.

The family filed a missing person’s report to determine the validity of the newborns. But Sithole says she was “blindsided” by Tsotetsi’s claims.

Gosiamo #Sithole says the Tsotetsis are bitter because they wanted to use her to make money. She says they are being used by politicians. Sithole says she will not be pressured by the Tsotetsi family to disclose the whereabouts of her babies, because they never liked her anyway. pic.twitter.com/DB7xK8hl8v

Sithole claims the family is “bitter” and only looking to profit from the public donations.

“I feel that they never loved me and I was forcing myself on them,” she said.

Tsotetsi is urging people to stop donating money until the 10 babies’ birth gets confirmed.