Spelman Scholar to Study in UK with $25K Scholarship 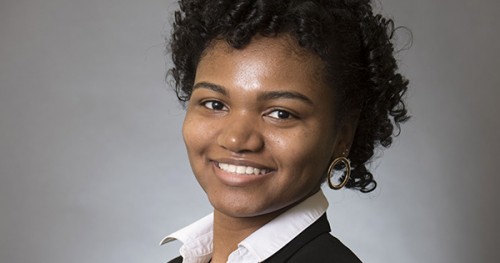 A sophomore majoring in English at Spelman College has been selected as the 2018­­–2019 Luard Morse Scholarship recipient.

“Being selected as a Luard Morse Scholarship finalist has been an amazing experience,” Washington stated at her qualifying interview in New York earlier this month, according to a statement released by the English-Speaking Union.

“I’ve enjoyed meeting inspiring students and alumni from historically black colleges and universities around the country. It was a pleasure to have been able to engage in a thought-provoking discussion about feminism, literature, and current events. My interview has inspired me to continue my intellectual exploration and to continue pursuing my goal of becoming an advocate for women in my study of both English and philosophy.”

While abroad, Washington will serve as an unofficial ambassador for the U.S., and when she returns, for the UK.

Luard Morse Scholars can study at a British university of their choosing; Washington has expressed interest in attending Oxford, University College London or Cambridge, according to the statement.

The English-Speaking Union has provided Luard Morse Scholarships since 1969. These merit awards have been granted to students studying economics, philosophy, finance, mathematics, liberal arts, and the sciences. The committee that selects the scholars comprises program alumni.

“Every year our Luard Morse finalists inspire our selection committee with their drive, curiosity, and focus,” Duane Hughes, Luard Morse Scholarship Committee Chair, is quoted as saying in a statement. “It is an honor to hear their stories and see again our own study-abroad dreams in their eyes.”

The English-Speaking Union “celebrates English as a shared language to foster global understanding and good will by providing educational and cultural opportunities for students, educators, and members,” according to its website. It is a nonpolitical, nonprofit organization.

For more information about the annual Luard Morse Scholarships and how to apply, visit the website of the English-Speaking Union. Applications for the 2019-2020 school year will be available in the fall.